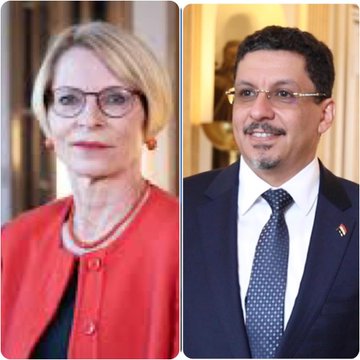 NEW YORK – SABA
Minister of Foreign and Expatriate Affairs Ahmad Awadh BinMubarak met Thursday with the state minister in Swiss Foreign Ministry Livia Leu on the sidelines of activities of the 77th Round of UN General Assembly here.

During the meeting, latest developments in Yemen, UN truce and the admirable role of the Switzerland in the Security Council during its membership in 2023-2024 to support UN efforts for tightening the truce and pushing the political process forward for realizing sustainable peace in Yemen in accordance with the agreed upon references; mainly Security Council’s Resolution 2216.

The two parties agreed on coordination between the missions of the two countries in the United Nations and promoting relations between them.