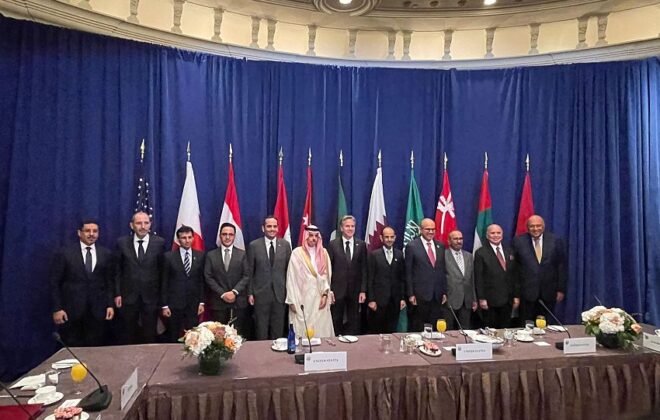 NEW YORK – SABA
Minister of Foreign and Expatriate Affairs Ahmad Awadh BinMubarak has participated in the ministerial meeting of Gulf Cooperation Council plus four (United States, Egypt, Jordan, Iraq and Yemen) held on the sidelines of the 77th Round of the UN General Assembly.

The meeting has been focused on discussing latest regional and international developments and exchanging viewpoints regarding means of enforcing partnership and coordination towards different issues.

In the meeting held Friday and presided over by US Secretary of State Antony Blenkin, BinMubarak informed the convening parties on the latest developments in Yemen and chances of extending the UN Truce under Houthi militia’s rejection of positive dealing with peace efforts.

He conveyed appreciation of the Presidential Leadership Council and the government of Yemen to efforts of the Gulf States, the United States and participating countries.