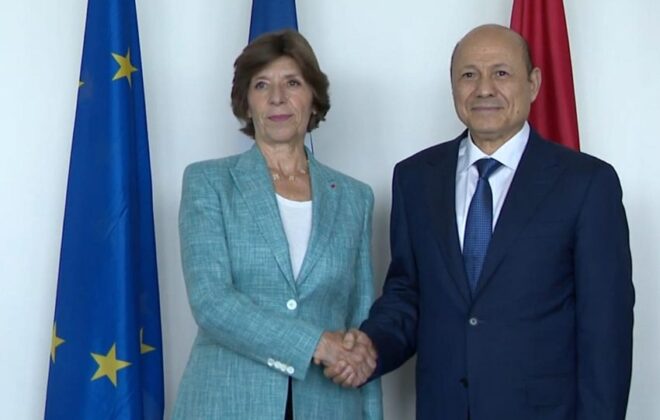 President al-Alimi expressed great appreciation to French firm position towards Yemeni issue and to efforts of e realizing peace and stability in the country in accordance with the inclusive solution references led by Security Council’s Resolution 2216.

For her part, the French foreign minister confirmed Paris’ support to the Presidential Leadership Council and the government and to efforts aiming at renewing the humanitarian truce to alleviate suffering of Yemeni people.