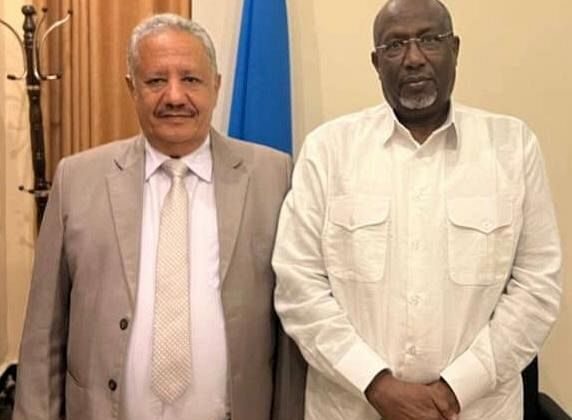 Al-Haneq congratulated Mohammed on assuming the post of People Federal Parliament Speaker, hoping him success in his tasks.

He touched upon latest developments in Yemen, including formation of the Presidential Leadership Council and returning state institutions to the transitional capital of Aden to practice their tasks.

For his part, the Somali Parliament Speaker thanked Yemen for supporting Somalia in its ordeal, which Somali people is overcoming it.