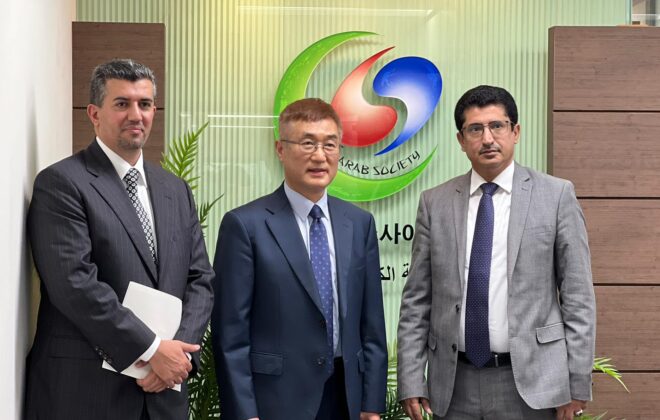 They discussed aspects of cooperation between the two countries in different fields including cultural, academic and economic programs was key focus of the discussions.

Baggashi praised the active role of the KAA’s role in bolstering cultural, economic, trade and academic relations between South Korea and Arab countries.

He stated that the Yemeni government is looking forward to get Korean friends’ supports for the reconstruction efforts, calling on the KAA to play greater role in boosting Yemen-Korean economic, cultural and academic relationships.

The South Korean official stated that the KAA is keen on further enhancing Yemeni-Korean relations in the fields of culture, sciences and economy.