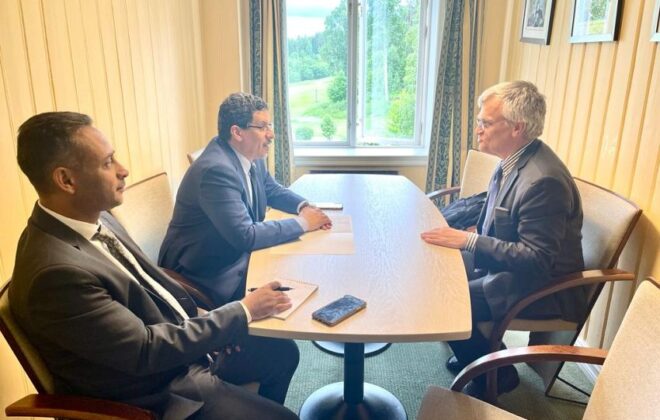 Bin Mubarak expressed Yemen’s appreciation to efforts exerted by Sweden for contribution in solving the crisis, confirming that stopping the war and realizing peace require focus on the roots of the problem and reasons of the conflict not tackling its results.

He pointed out that the current truce and lifting siege on Taiz is considered an indicator to how serious Houthi militia is to accept political settlement and that not achieving progress in this humanitarian issue will lead to hinder efforts are being exerted for political process.

For his part, the Swedish envoy pointed out to continuous support by his country to Yemen and exerting every possible effort to contribute in solving the crisis and realizing peace.

He confirmed his country’s support to Yemen’s unity, security and stability.