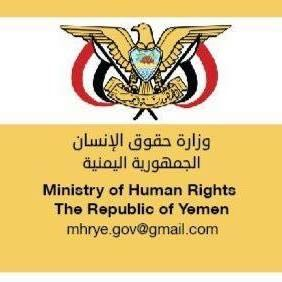 Aden-saba
Yemen’s Human Rights ministry condemned in the strongest terms the Houthi terrorist militia’s attack on Khubzah village, in Al-Qurayshiah district, of Al-Bayda Governorate, and the militia’s attempt to storm it using various types of medium and heavy weapons, and imposing a suffocating and humiliating siege cutting the delivery of food and medical supplies and the aid to the villagers.

The ministry confirmed that the Houthi militia attempts to invade the village, will undermine the truce and efforts brokered by the brothers in the Arab Coalition led by Saudi Arabia and the UAE, the international community and the UN and U.S. envoys.

The ministry urges the Arab coalition, the UN and US envoys, and all international institutions concerned with international peace and security, to act immediately and put pressure on the Houthi militia, stop the blatant attack, end the siege and abide by the truce.

The ministry warns of a humanitarian crisis and a genocide awaiting Khubzah residents as Houthi terrorists continue the aggression with the intent of mass murdering the defenseless children, women and elderly of the village.

The ministry stresses that the Houthi militia’s claim that members of its militia were killed are a misleading pretext to justify the militia’s aggression on the village and abuse its people, calling on all media outlets to observe accuracy and objectivity during their coverage to the incidents. The ministry called on the media to learn from the Houthis’ past and their misleading methods, which they use to justify their aggressions and advance their military interests.