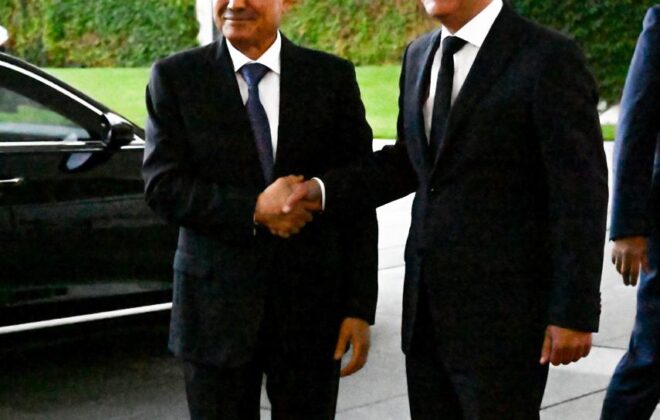 In the beginning of the meeting, German Chancellor welcomed President al-Alimi and congratulated him and members of the Presidential Leadership Council on assuming power in Yemen.

The meeting touched upon the track of the UN Truce and Houthi militia’s violations to it and the German and International role on tightening the ceasefire and binding Houthi militia to honor its pledges included in the truce, especially opening roads of Taiz and other provinces and paying salaries of government employees from revenues of Hodeida Port.

He praised mutual relations between the two friendly countries and German developmental interventions in fields of infrastructure and service and capacity building and praised Germany’s active role in facing humanitarian crisis as the third greatest donor to UN response plan in Yemen.

He confirmed commitment of the council and the government of inclusive and permanent peace in accordance with the three internationally agreed upon references; the Gulf Initiative, the outcomes of the National Dialogue Conference and Security Council Resolution 2216, calling upon the international community to shoulder its responsibilities towards Houthi militia’s violations to the UN Truce and its continuous rejection to deal positively with all peace efforts.

For his part, the German Chancellor confirmed keenness of Germany on supporting the Presidential Leadership Council and Yemen’s unity and stability, pointing out to increasing financial support to economic and humanitarian domains in Yemen, as well as continuing efforts with international community to revive the political process, realizing peace and stability in Yemen and ending suffering of Yemeni people.

He praised positive response of the Presidential Leadership Council and the government to efforts of realizing peace and expanding the current truce and using it as foundation to reach a permanent agreement, ceasefire and commencing serious negotiations serving interests of Yemeni people and its aspirations. 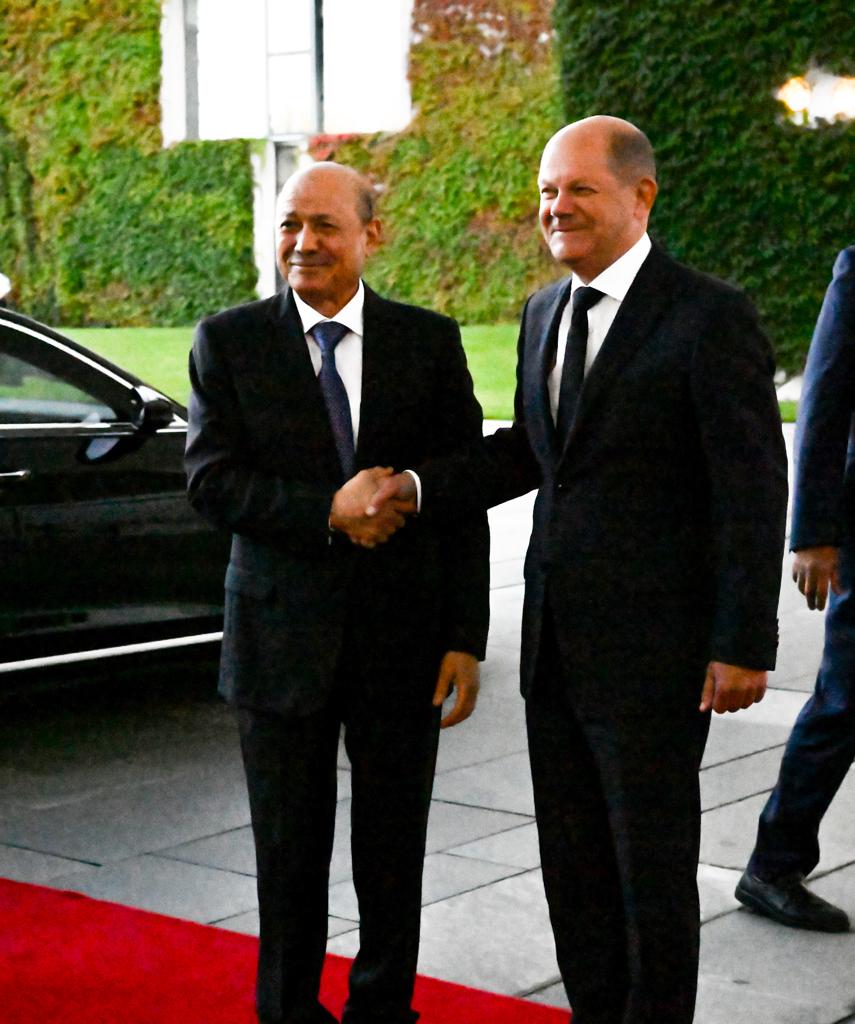