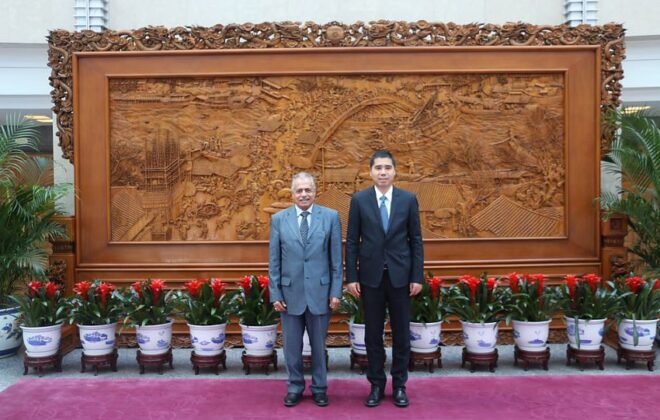 Ambassador al-Maitami reviewed latest developments in Yemen, including efforts of the government of Yemen to end Houthi militia’s triggered war.

” The government’s response and commitments to the UN Truce come from its responsibility towards people interest and for creating positive environment to reach inclusive and sustainable peace,” he said.

But Houthi militia managed to breach the truce intentionally through military escalation and many attacks on Taiz and Marib, in addition to creating crisis to increase suffering of Yemeni people, he added.

For his part, the Chinese official confirmed joint work to promote mutual relations between the two countries and support towards issues of common concern, reaffirming his country’s support to Yemen, its sovereignty, unity, security and territorial integrity.