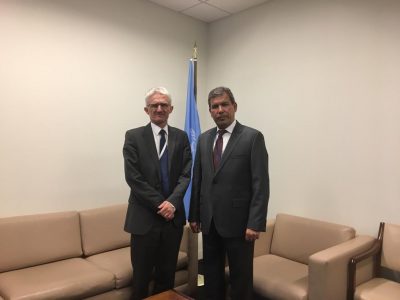 Ambassador Al-Saadi reviewed the government’s quest for a sustainable peace based on the agreed upon terms of reference and the government’s full support for the UN efforts to lift the suffering brought upon the Yemeni people by the Houthi militia’s coup of 2014.

He said the government is exerting enormous efforts to protecthumanitarian supply to the needy people across Yemen.

He also referred to the Houthi militia’s violation of the Hodeidah ceasefire deal, particularly the obstruction of humanitarian aid delivery in the areas under their control.