The Supreme Economic Council issues a report on the most important indicators of fuel flow to Yemen during the period from April 1 to May 31, 2021

The most important indicators of fuel flow to Yemen during the period April 1 to May 31, 2021

1. The flow of fuel to Yemen continued during the months of April and May of the current year 2021 at a rate higher than normal compared to the average for the same period in the previous years 2019 and 2020, as the quantities received reached about (1,053,266) metric tons, which is an amount that meets the average civil and humanitarian needs in all regions of Yemen for about 3 months.

2.The government continued to implement its decrees related to regulating and controlling the fuel trade to Yemen No. 75 of 2018, and 49 of 2019, and facilitating the entry of fuel through the liberated ports and land transport to the Houthi militia’s controlled areas after the Houthi militia plundered the official revenues of fuel imports which in total exceeded 70 billion rials after adding the shipment fees, the shipments that were granted exemptions to enter Hodeidah port , the revenues that were plundered by the Houthi militia had no humanitarian or civil impact on the lives of citizens.

3- The quantities imported to the liberated ports increased during the period, compared to quantities from previous years, due to the demand for fuel in the areas controlled by the Houthi militia.

4- The flow of fuel supply by land transportation to the areas under the control of the Houthi militia from the liberated areas was at an average rate of more than 10 thousand metric tons per day .

5. The percentage of fuel imported to the areas controlled by the Houthi militia represents about 65% of the fuel imported into Yemen, and it is an amount that covers the civilian and humanitarian use in those areas for a period that exceeds 3 months, so the commercial and civil sector still had the ability to obtain fuel in those areas in the required quantities, but only from the black market. This is because the Houthis continue to place obstacles to the flow of fuel through land routes, and forcing merchants to sell these quantities in the black market they are running and subsequently causing fuel crises to politically trade in the human suffering they originally caused through this crisis. 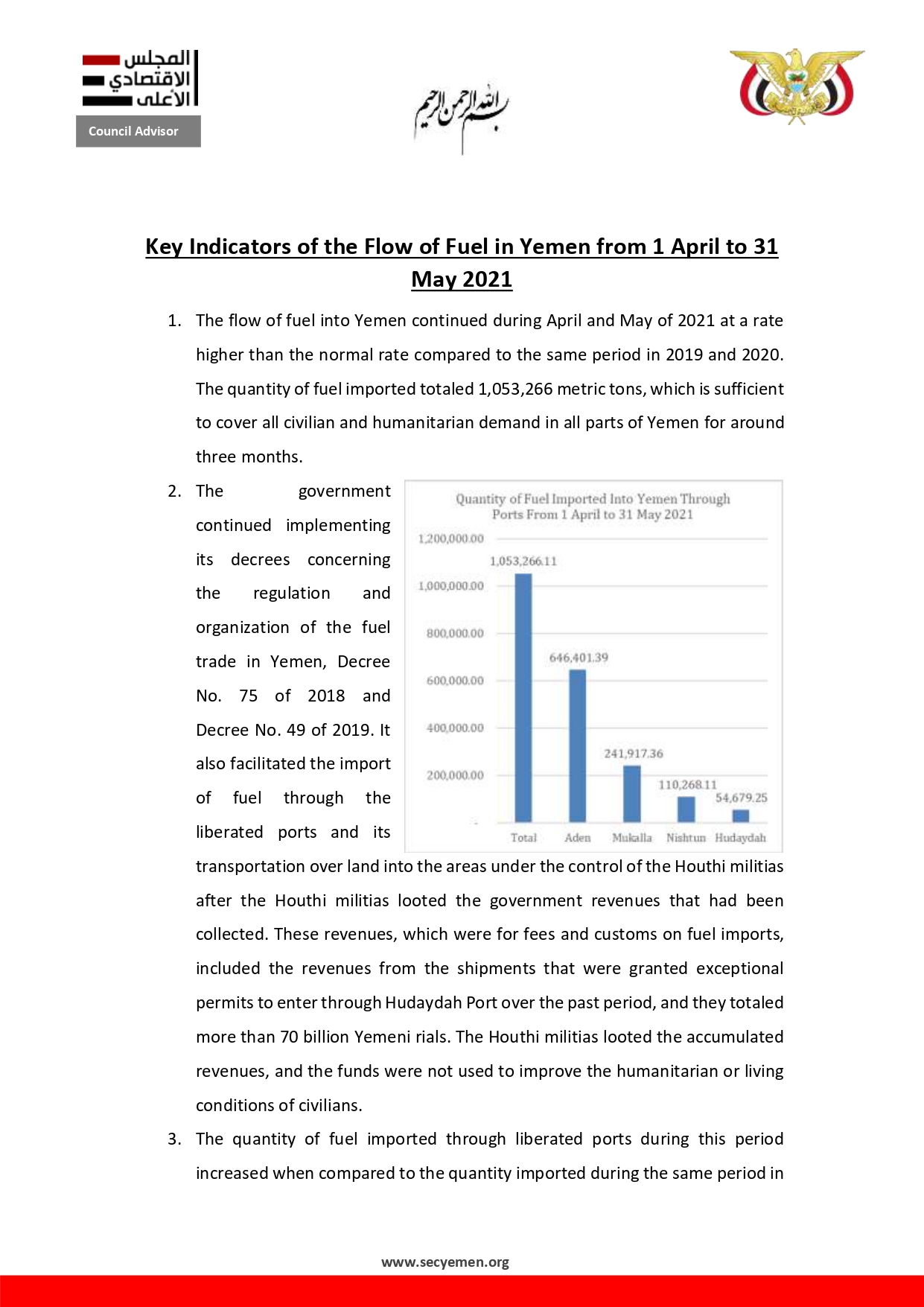 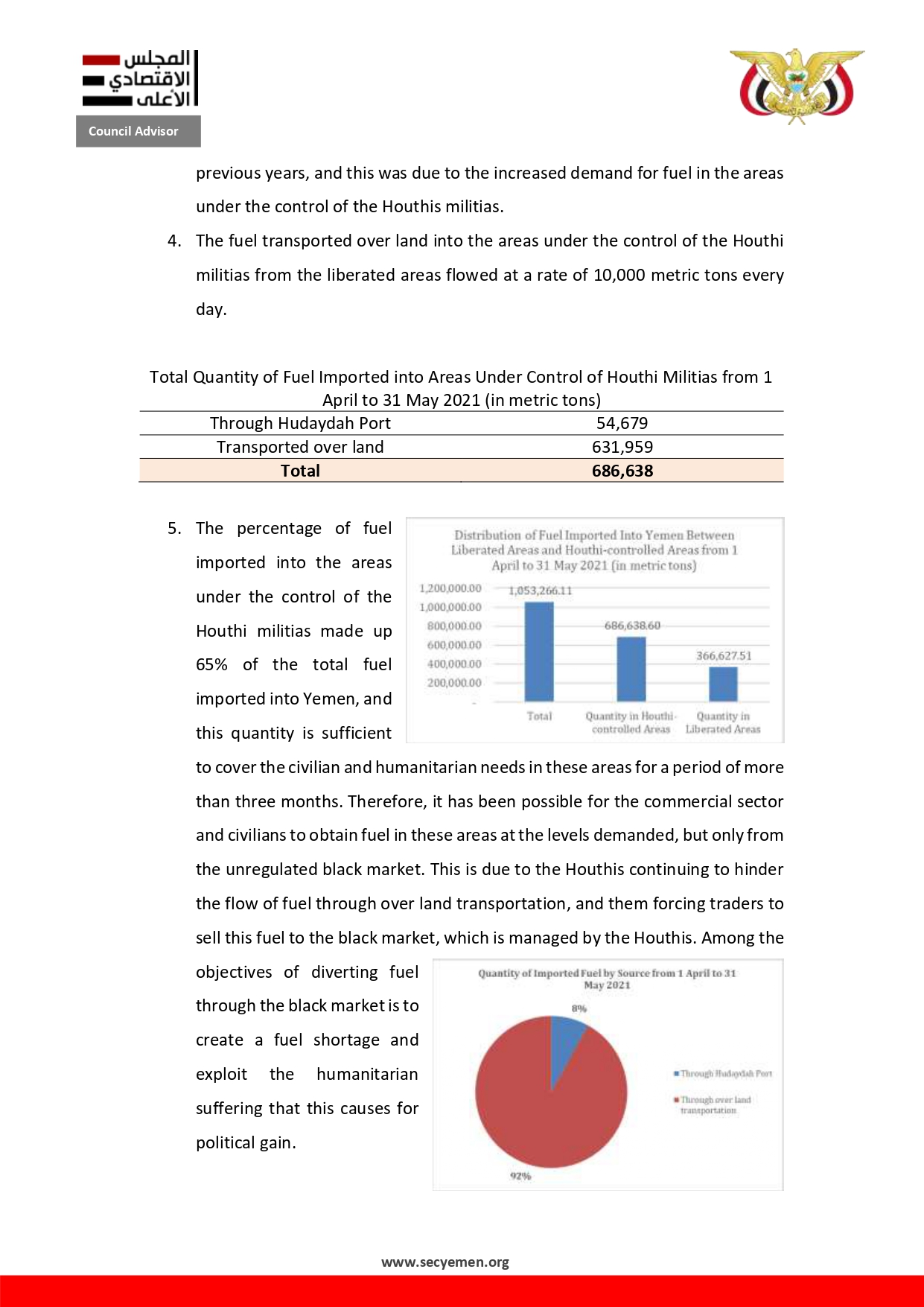