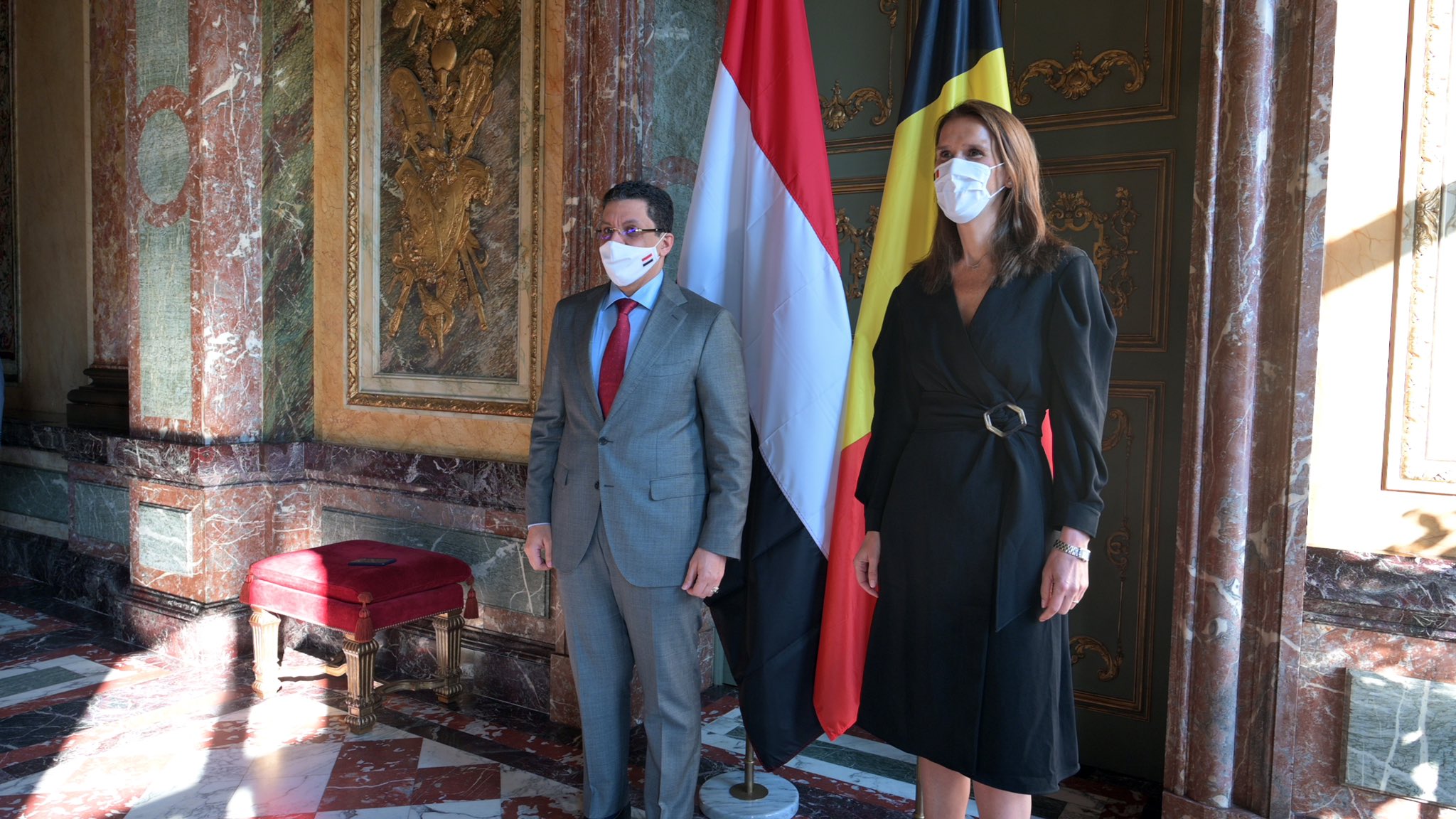 Bin Mubarak praised the distinguished historical relations between Yemen and Belgium, which mark today the fiftieth anniversary of the beginning of diplomatic representation between the two countries, praising the support provided by the Kingdom of Belgium to Yemen in various fields, especially with regard to humanitarian aid and peace.

Bin Mubarak reviewed the developments of the peace process in Yemen in the light of international efforts aimed at ending the war waged by the Iranian-backed Houthi militias.. He pointed out that with the signing of the Stockholm Agreement, the government made many concessions out of its sense of responsibility, but the Houthis continued to escalate the conflict starting with the militarization of the city of Hodeidah, continuing the terrorist attacks on the unity government upon its arrival at Aden airport, and with the military escalation in Marib, which has reently led to the killing of hundreds of civilians, women and children, and exacerbated the humanitarian disaster, especially for the IDPs.