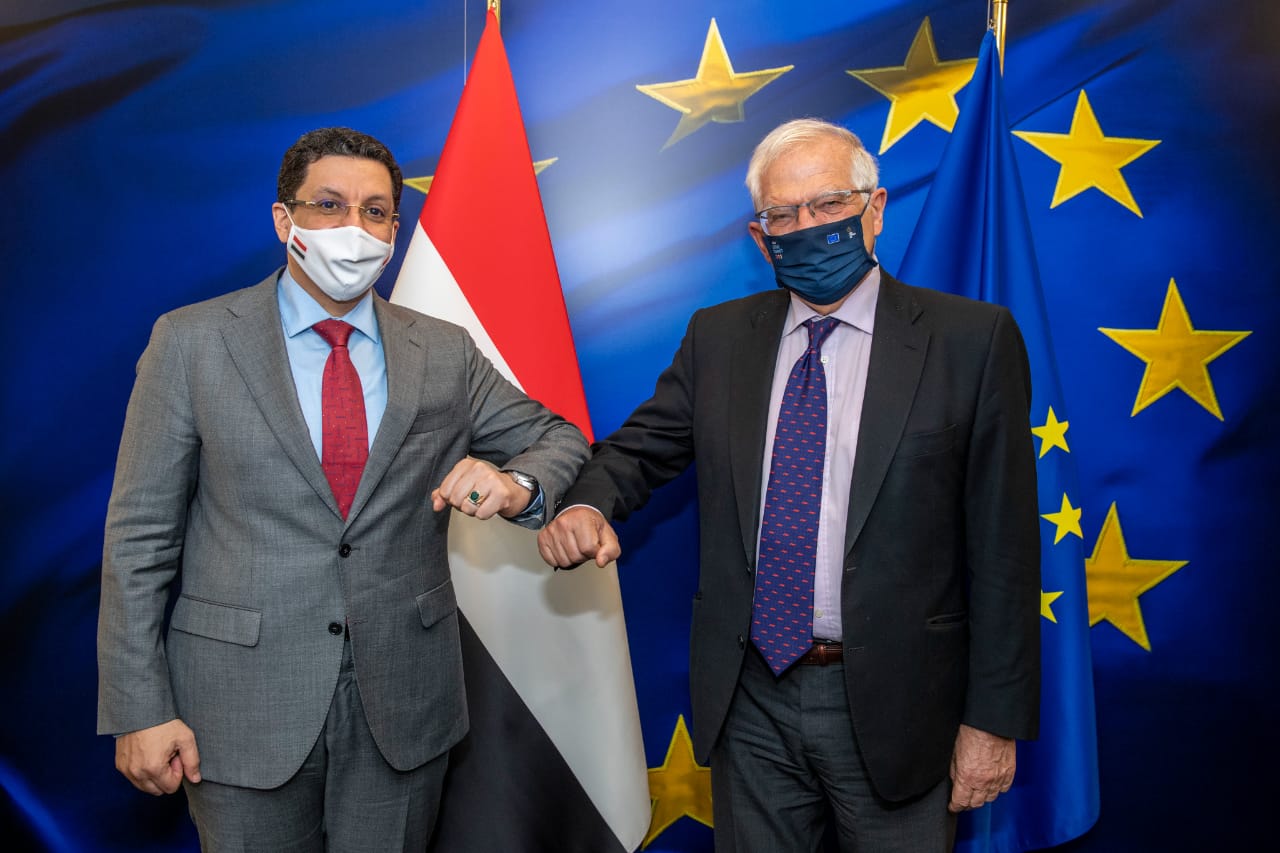 Foreign Minister, Dr. Ahmed Awad bin Mubarak, discussed with the EU High Representative for Foreign Affairs and Security Policy/Vice​-President of the European Commission, Josep Borrell, developments in Yemen and obstacles to establishing peace in the country.

Bin Mubarak touched on the threat facing the lives of civilians in Marib due to the Houthi military escalation, and the exacerbation of the harsh conditions of the IDPs who fled the brutality and abuses of these militias.

The Foreign Minister said, “Despite this escalating aggression by the Houthi militias, the government’s hand was and still is extended in order to achieve comprehensive and lasting peace in accordance with the established references, based on its keenness and responsibility to preserve the lives of all the Yemeni people, including the children recruited by these militias to participate in their absurd aggression on Marib.” “. Bin Mubarak added, “The continuation of the Houthi military escalation leaves a negative impact in the form of high rate of recruitment of children to be brainwashed with extremist ideology” and deployed in the warfront.”