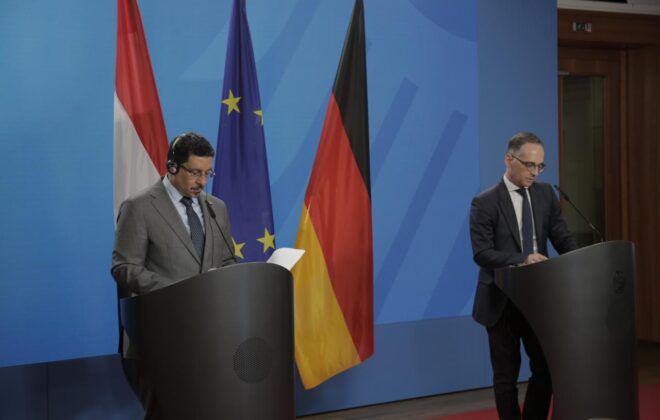 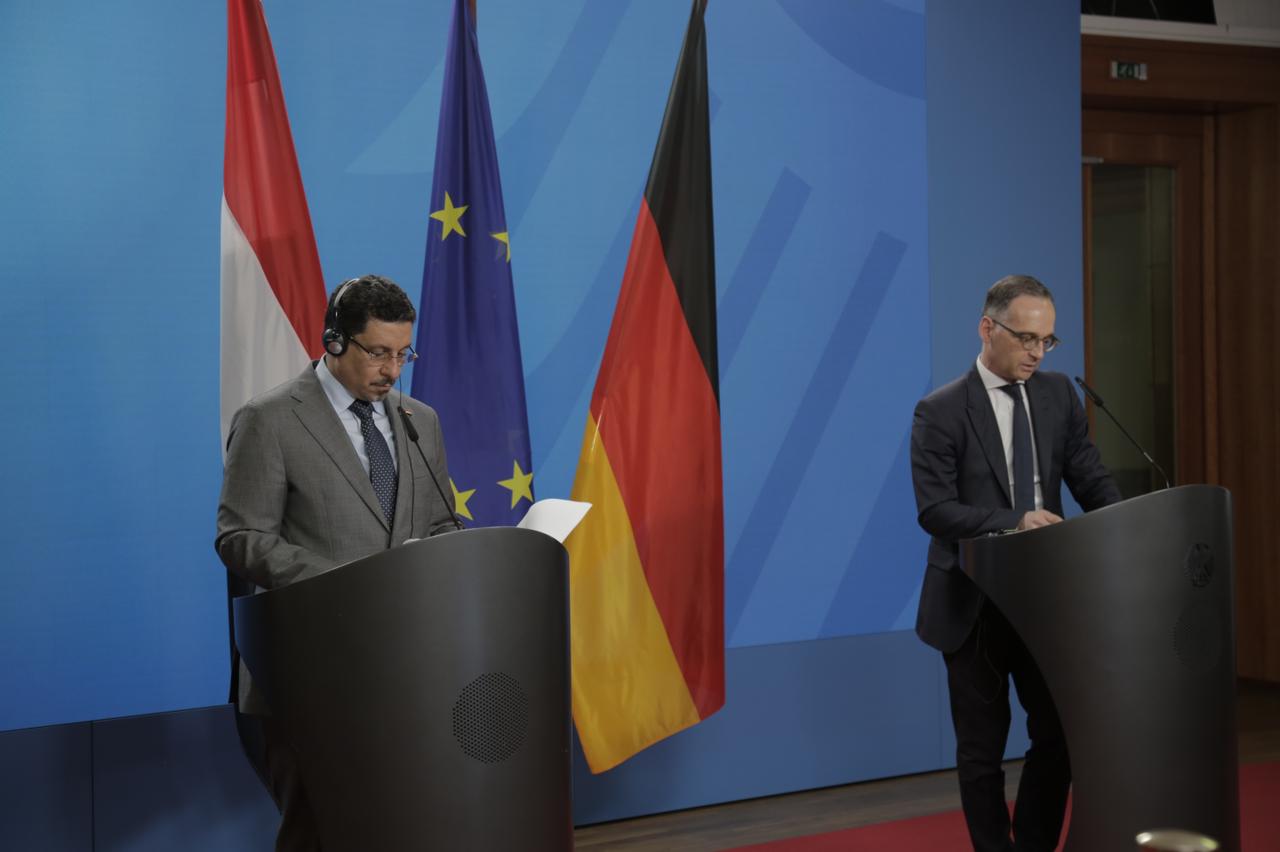 Yemen’s Foreign Minister Ahmed Awad Bin Mubarak, discussed with his German counterpart Heiko Maas Yemen’s local developments including the opportunities for establishing peace. The two ministers had started their conversations with statements to the press about the situation in Yemen.

Bin Mubarak said: “We consider our visit to Germany an important stop of our European tour and one of the most important visits to the European Union, and we feel that our friends in Berlin have a sincere desire to contribute to solving the Yemeni crisis by continuing to support the UN established track..”

He affirmed the openness of the political leadership represented by President Abd-Rabbu Mansour Hadi and the Yemeni government and its response to all international efforts aimed at ending the war, establishing sustainable peace and addressing the humanitarian repercussions, and the government’s adherence to a comprehensive ceasefire as the most important humanitarian measure that must be taken immediately and without delay to end the war and move to addressing humanitarian, political and economic issues.

Bin Mubarak stressed the need for reviewing the erroneous narratives about the Yemeni crisis based on the facts on the ground and the clear facts that are proving the Houthi obstruction of international peace brokerage efforts, and the Houthi exacerbation of the humanitarian crisis by continuing to besiege cities like Taiz, and violating ceasefire in others like Hodeidah and escalating the aggression against others like Marib.