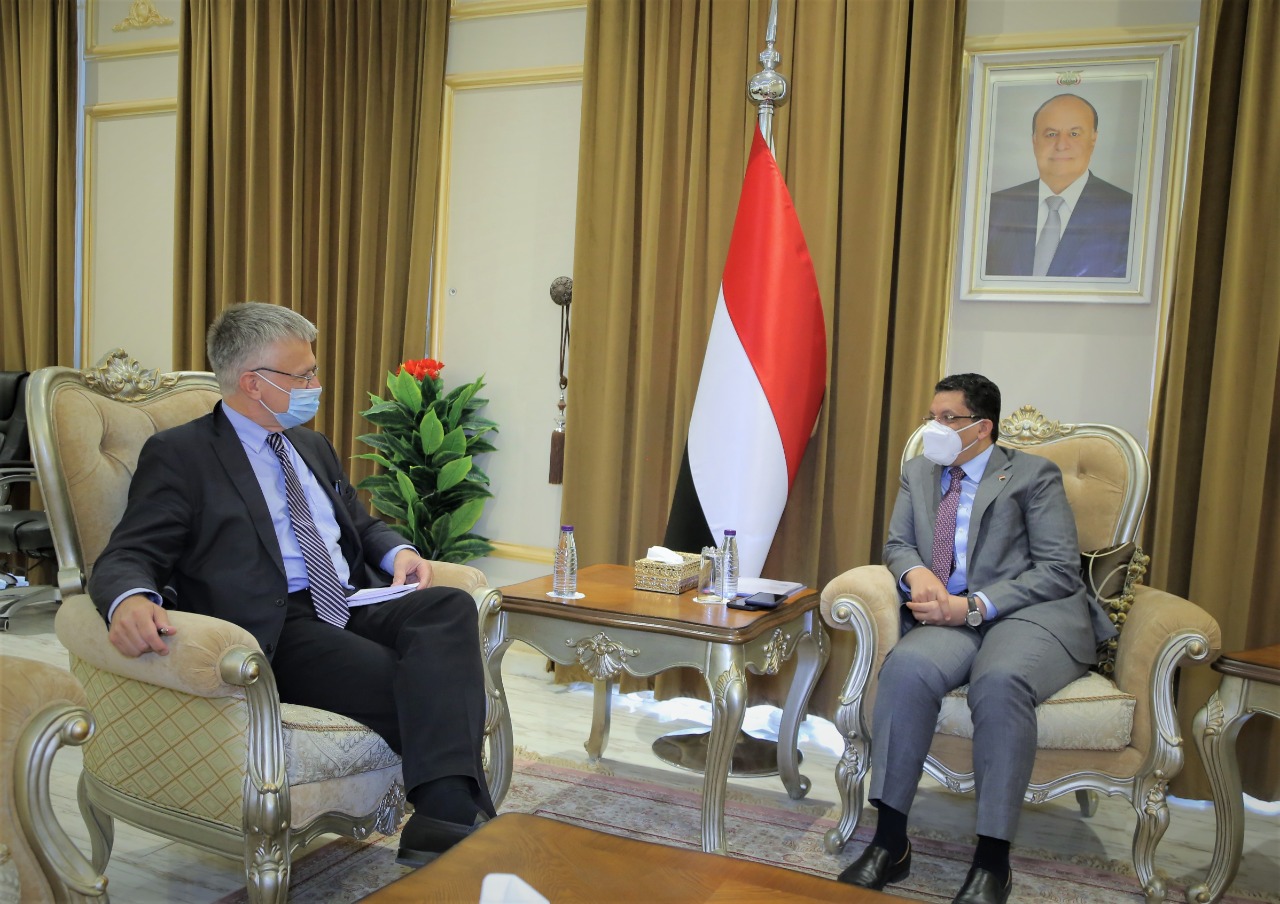 Yemen’s Foreign Minister Ahmed Awad Bin Mubarak said the Yemeni people in Al Beidha province have been relieved by the army’s advance and so they joined it to drive away the Houthi militants and return back to their villages from where they were previously displaced.

Bin Mubarak made the remarks as her referred to the fast changes on the ground in a meeting with the Swedish envoy to Yemen Peter Semneby on Thursday.

The minister slammed the Houthi militants’ maximalist rejection of political solution as dictated to them by the Iranian regime, the sponsor of the militia.

The minister noted that ending the war and establishing peace is the joint demand of Yemen and the international community.