ADEN – SABA
The Republic of Yemen condemned in the strongest terms the desperate attempts of the terrorist Houthi militia to threaten the security of the Kingdom of Saudi Arabia by targeting Abha International Airport and the city of Khamis Mushait with two booby-trapped drones and a ballistic missile, and targeting King Abdullah Airport in Jazan city with a (booby-trapped) drone that was intercepted by the Arab coalition forces.

The Foreign Ministry said in a statement, “The Iranian-backed Houthi militia’s continuation of its aggressive attacks on civilian areas and public property is a flagrant violation of the rules of international and humanitarian law and a disdain for the international community.”

The statement added, “Such aggressive acts are a war crime that requires taking all necessary measures to protect the security, stability and territorial integrity of the Kingdom of Saudi Arabia, and requires a clear and deterrent stance from the international community to stop these deliberate and systematic aggressive acts and hold the perpetrators accountable.”

The Ministry renewed the firm and supportive position of the Republic of Yemen for the Kingdom of Saudi Arabia and its solidarity with Saudi Arabia in all the measures it takes to confront these terrorist acts and preserve the safety of its citizens and residents on its lands.

شارك
السابق Statment by the Ministry of Foreign and expatriates Affairs on the international silence over the genocide of civilians and IDP’s by the Houthi terrorist militia in Abdia district of Marib province.
اللاحق FM arrives in Serbian capital to contribute to NAM gathering 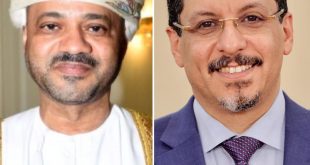 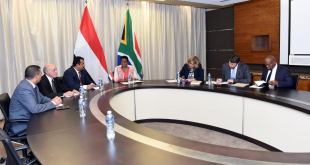