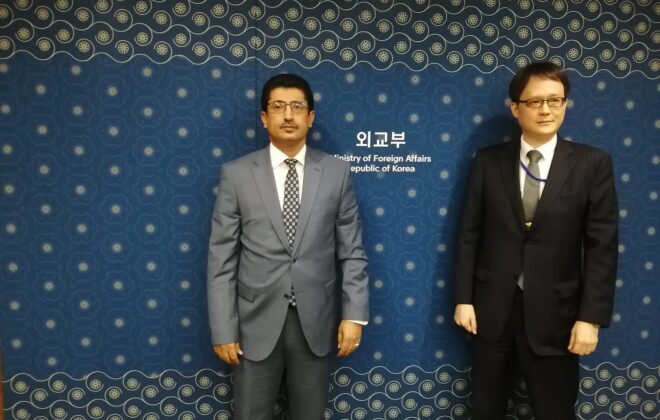 They discussed aspects of bilateral ties between the two friendly countries in different spheres.

He detailed the Korean official on the latest developments in Yemen including the extension of the UN-sponsored truce, the government’s efforts to alleviate the Yemeni peoples’ suffering.

He blamed Houthi militia for failing to fulfill its obligations under the truce agreement, refusing to lift the besiege it has imposed on Taiz city for more than seven years, rejecting to devote the fuels taxes revenues to pay government employees’ salaries in the regions under its control.

The Korean official reiterated his government’s keenness to continue its support for Yemen, affirming his country’s support for the PLC, Yemen’s unity, security and stability, the UN-led efforts to make peace. 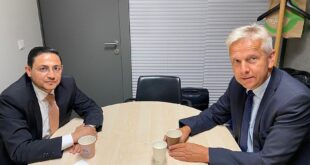