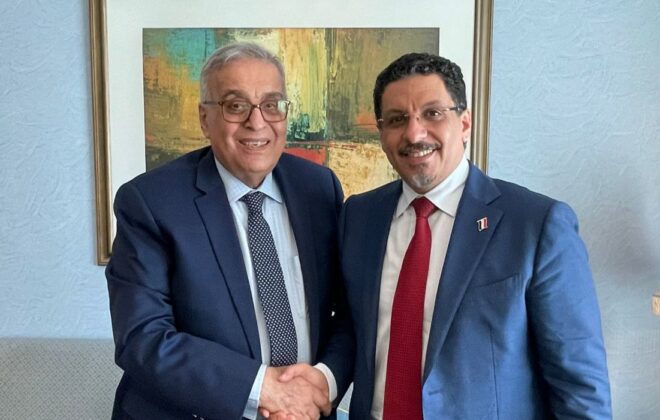 In the meeting, which is held on the sidelines of his participation in the Consultative Meeting of Arab Foreign Ministers, which is being held here, BinMubarak pointed out to activating joint Arab work to face challenges facing Arab national security and coordinating Arab positions to tighten security and stability of the region.

He reviewed latest developments in Yemen on the light of extending UN Truce, noting to concessions made by Presidential Leadership Council and the government to make the truce successful despite all obstacles created by Houthi militia and breaching commitments of implementing the truce’s articles regarding opening roads leading to Taiz and ending its siege on the city.

For his part, Lebanese Foreign Minister confirmed his country’s firm position supporting the Presidential Council, legality in Yemen and Yemen’s unity, security and sovereignty, as well support to all peace initiatives and efforts exerted for realizing inclusive peace in Yemen.