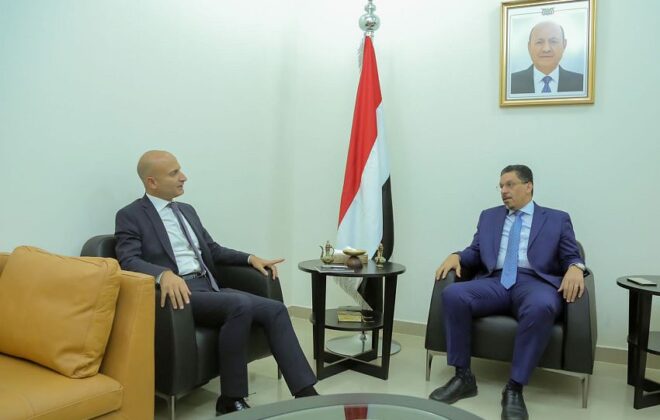 During the meeting, the Foreign Minister stressed the necessity of forcing the Houthi militia to open the main roads of besieged Taiz and other governorates before moving on to address any other issues.

He condemned the aggression of the Houthi militia against the village of Khubza in Al-Beidha Governorate by besieging it, persecuting its residents, and shelling it for a week which led to the deaths and injuries of scores of civilians mainly women and children.

The Foreign Minister referred to the issue of prisoners and stressed the need for the international community to give this humanitarian issue the importance it deserves, to pressure the militia to release the prisoners on the basis of all for all, and to stop dragging feet in this matter.