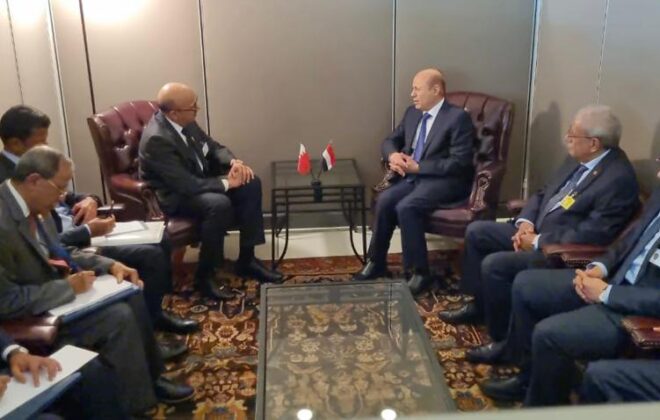 President al-Alimi praised mutual relations between Yemen and the Kingdom and support of the kingdom to Yemeni people and its legitimate leadership in different reginal international forums.

He touched upon latest developments in Yemen, the UN Truce and facilitations made by the government for making it successful despite Houthi terrorist militia’s continuous violations to it.

For his part, Minister al-Zayyani reconfirmed commitment of the Kingdom of Bahrain’s great support to the Presidential Leadership Council, government and to efforts of regaining the state and protecting Yemen’s unity, security and stability.