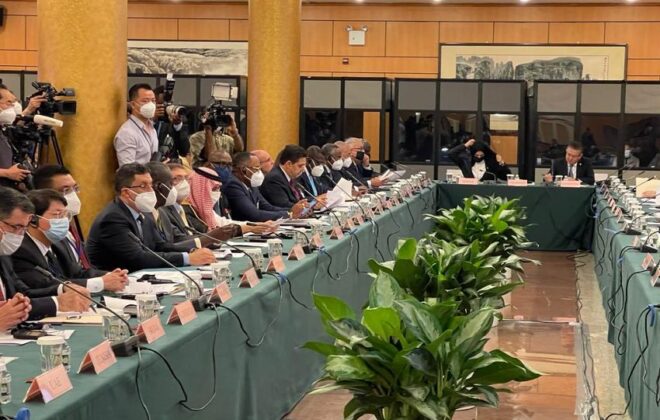 FM minister participates in meeting of friends of development initiative

NEW YORK-SABA
Minister of Foreign and Expatriate Affairs Ahmad Awadh BinMubarak participated Wednesday in the meeting of the Group of Friends of the International Initiative for Development held here under the chairmanship of Chinese Foreign Minister Wang Yi.

” Many countries, including Yemen is impacted directly or indirectly by armed conflicts and wars, which diminish food security to citizens, impacts in health and welfare and economic growth and causes many other key challenges, in addition to climate change and COVID-19 pandemic,” said BinMubarak.

He called for increasing support to underdeveloped countries, mainly those which are under conflict or after conflict where conflicts, in addition to corona pandemic and geopolitics challenges have contributed in complicating their humanitarian situations; eruption of poverty and decreasing chances of sustainable development agenda.

” Houthi militia’s coup and the war it has been wages on Yemeni people for more than seven years … have caused the worst crisis in the world,” said Foreign Minister BinMubarak, confirming that the government is working hard in cooperation with international community and the UN to alleviate repercussions of the war.