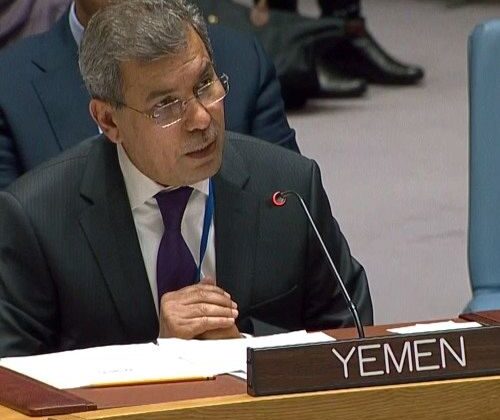 NEW YORK- SABA
The Government of Yemen has welcomed adoption of Doha Action Program to Underdeveloped Countries 2022-2031, which made breakthrough in promoting issues of the underdeveloped countries aiming at realizing the inclusive objective of the sustainable development’s agenda to ensure participation of all.

This came in the Release of the Government of Yemen delivered by Yemen’s Permanent Representative to the United Nations Abdullah al-Sa’adi on Friday during the ministerial meeting of the group of the underdeveloped countries coinciding with the 77th Round of the UN General Assembly.

He pointed out to significance of making use of lessons resulting from the Program of Istanbul to underdeveloped countries 2011-2020, analyzing results and studying most important reasons which hindered realization of the most important goal of the program.

He also pointed out to humanitarian suffering and economic deterioration in Yemen since Houthi militia’s coup against the state in 2014, noting to economic challenges faced by the government.