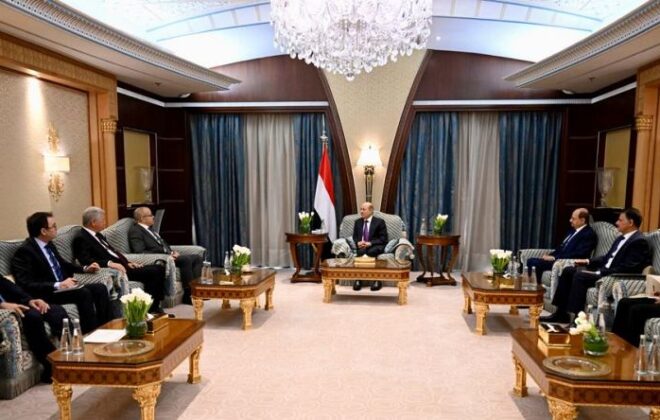 President al-ALimi praised the underway efforts have been made by Algerian leadership, government and peoples to host the 31st Arab Summit that is urgently needed to help Arab nation to manage all challenges.

The President confirmed Yemen’s full support of the Algerian leading efforts to defend Arab nation’s interests and promote Arab collective action, wishing Algerian Summit to be a turning point in this regard.

Al-Alimi also hailed Yemeni-Algerian relations as historic and promising to be bolstered in different fields.