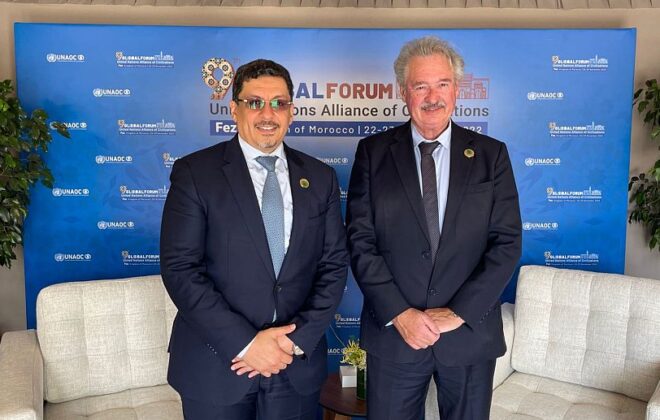 In the meeting held on the sidelines of the Nineth International Forum of the United Nations Alliance for Civilizations held in Fes city here, BinMubarak pointed out to situations development in Yemen and repercussions of Houthi terrorist militia’s attacks against oil ports on humanitarian crisis suffered by Yemeni people.

He praised support provided by Luxemburg to Yemen in all international forums and inside galleries of the United Nations through its membership in European Union, calling it to designate Houthi militia as terrorist group.

For his part, Asselborn expressed his following up to the humanitarian crisis in Yemen, praising efforts of the government of normalizing conditions and regaining security and stability.

He confirmed his country’s support to all efforts aiming at stopping the war and realizing peace in Yemen.