Developments regarding implementation of Riyadh Agreement, common viewpoints between the two countries towards a number of issues and coordinating joint positions were also discussed.

Prime Minister confirmed Yemen’s support to Egypt’s national security and protecting its share of Nile’s water and efforts for reaching a solution regarding Nahda Dam.

He touched upon current efforts for regaining the state and ending the coup amid Houthi militia’s stubbornness and continuous targeting of civilians and displaced people.

For his part, the Egyptian diplomat renewed his country’s position supporting the internationally- recognized government and keenness on Yemen’s security, unity and stability, stressing necessity of finalizing Riyadh Agreement and working on enabling the government to perform its work from Aden.

He pointed out that his country will provide medical aid to Yemeni people and new scholarships to Yemeni students. 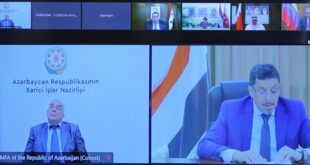