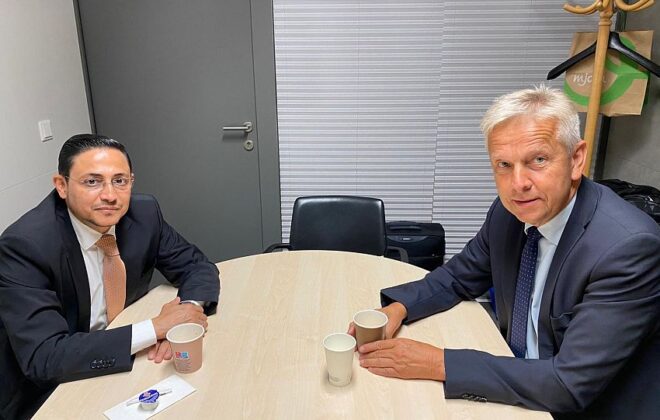 VIENNA – SABA
Ambassador of the Republic of Yemen to the Republic of Austria Haitham Shuja’addin met today here with the Deputy Chair of the Committee on Foreign Relations in the Austrian Parliament Reinhold Lopatcka.

They conferred over the latest developments in our country and bilateral ties between the two countries.

Shuja’addin briefed the Austrian lawmaker on the extension of the UN-brokered truce, blaming Houthi militia for failing to fulfill its obligations about opening roads to Taiz, ending its blockade upon the city for more than seven years.

The Austrian official affirmed his country’s keenness on realizing peace in Yemen, supporting the UN envoy’s efforts to establish peace.