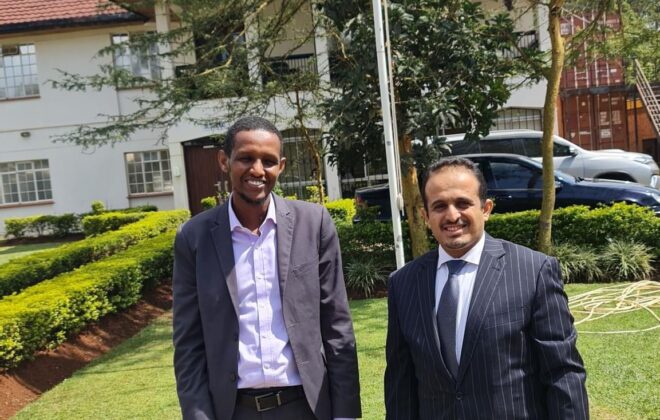 Nairobi – Saba
Today, the Chargé d’Affairs of our country’s embassy in Nairobi, Abdul Salam Al-Awadi, met with the Regional Director of the Norwegian Refugee Council in East Africa and Yemen, Hajar Moallem.

Al-Awadi briefed the Nairobi official on the efforts made by the government to achieve the success of the truce and the approval to extend the truce until October 2, with the aim of stopping Yemeni bloodshed and alleviating the suffering of citizens despite the siege imposed by the Houthi militias on the city of Taiz, the most populous city in Yemen, and the militias’ non-compliance with implementing it appreciating the projects and support provided to Yemen by the Norwegian Council.

In turn, the Regional Director of the Norwegian Refugee Council referred to the Council’s projects in Yemen for many years, stressing the continuation of providing support to Yemen, welcoming the renewal of the armistice, and wishing peace for Yemen.