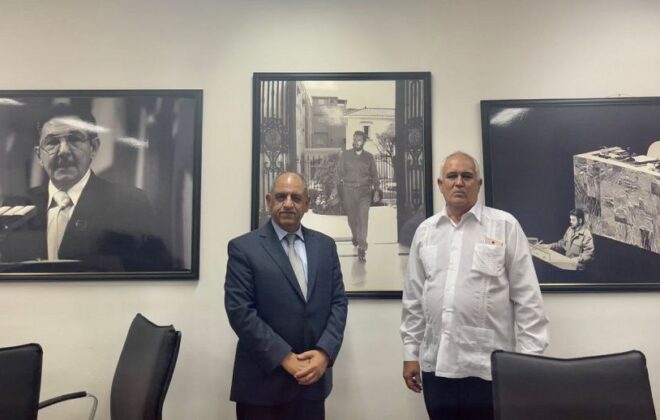 Nasher briefs Cuban Foreign Ministry on the situation in Yemen

Havana – Saba
Today, the Ambassador of Yemen in Havana, Mohamed Nasher, discussed with the Director of the General Department for Bilateral Relations at the Cuban Ministry of Foreign Affairs the developments in the situation in Yemen and the recent truce that ends on October 2, and the Houthi militia disavows its implementation and its continued violations.

The Cuban official renewed his country’s support for the government in Yemen and its support for all efforts aimed at stopping the war and achieving lasting peace in Yemen by peaceful means and within the framework of the resolutions of the international community and the United Nations.