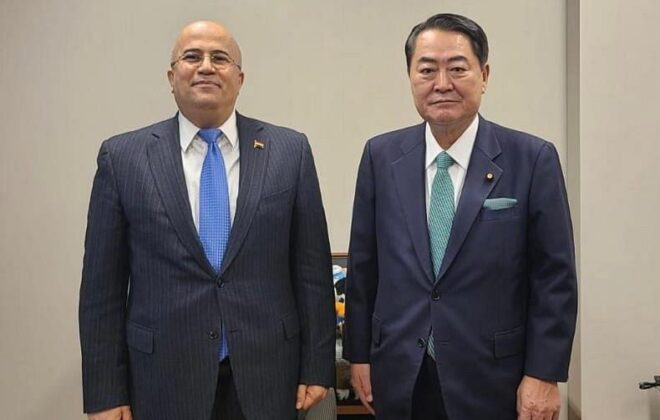 Al-Sunaini reviewed latest developments in Yemen and keenness of the internationally -recognized government on reaching a permanent political solution ending suffering of Yemeni people on the bases of the three agreed upon references; the GCC Initiative, the outcomes of the National Dialogue Conference and Security Council’s Resolution 22016.

For his part, the Member of Japanese Senate confirmed significance of enhancing fruitful coordination and cooperation between the two countries.

He pointed out to keenness of Japan on regaining peace in Yemen and ending suffering of Yemeni people.