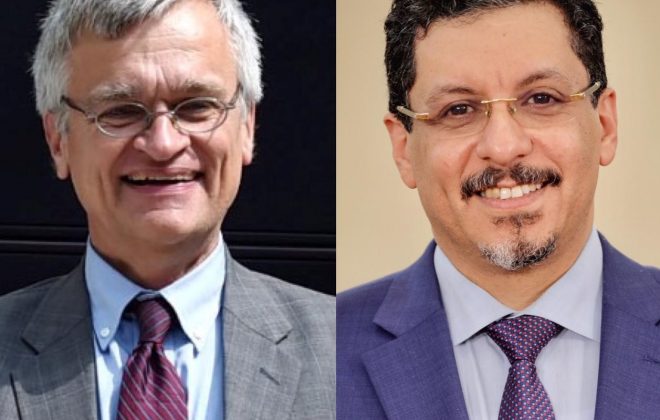 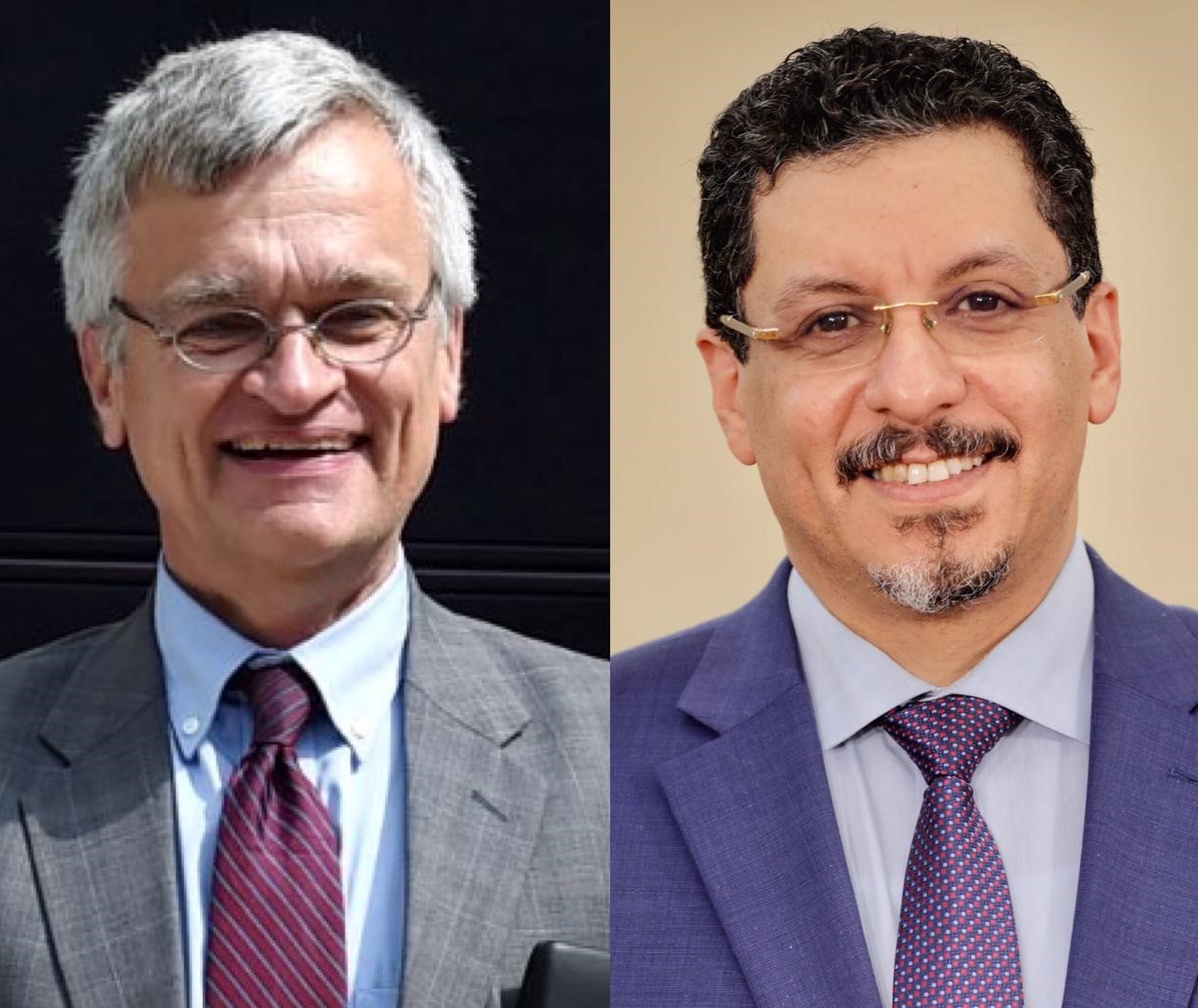 Minister of Foreign Affairs Ahmed Awadh Bin Mubarak and Sweden’s Special Envoy for Yemen, Ambassador Peter Semneby discussed the challenges to peace in Yemen in the aftermath of the terrorist Houthi attack that killed and injured hundreds of civilian in Aden Airport on December 30 and the US designation of the militia as a terrorist organization.

The foreign minister appreciated Sweden’s efforts in supporting Yemen with humanitarian aid and in pursuing peace in Yemen. He affirmed the government’s commitment to achieve peace and endless the pointless the war of the Houthi militia.

The minister warned of the danger of Houthi escalation around the city of Marib which hosts hundreds of thousands of IDPs who have come to the safe city from across Yemen.