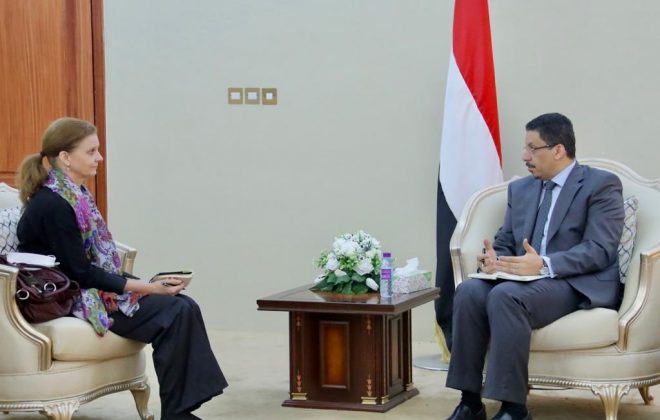 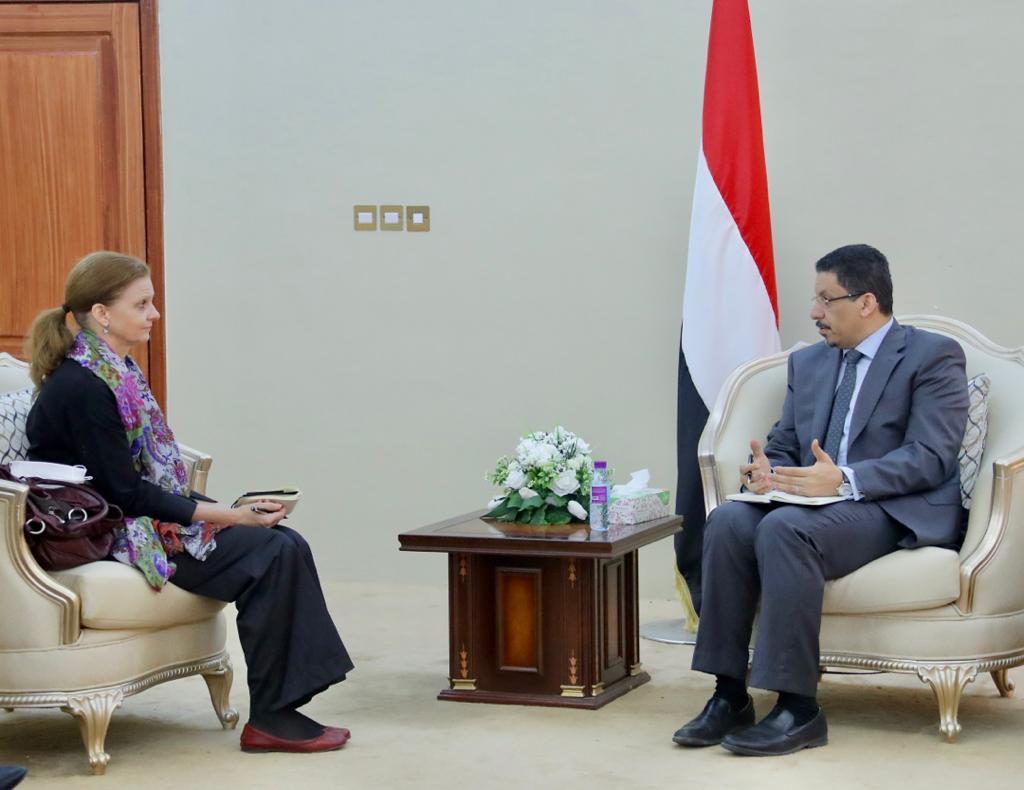 The meeting intended to discuss the reasons for blocking Hodeidah Agreement by the insurgent Houthi militia and its provocative and irresponsible actions on the UNMHA.

Bin Mubarak blamed Houthi militia for spoiling Hodiedah Agreement. He said ” We’re responsible for Hodeidah and all Yemeni cities and the Yemeni people , we want to see tangible results on the ground , not obstacles imped the implementation”.

Bin Mubarak asked Kroslak to report about the spoilers of the Hodeidah Agreement ” We are well aware that the insurgent militia prevents your movement to implement the agreement but we want you to speak out and name the spoilers”, said bin Mubarak.