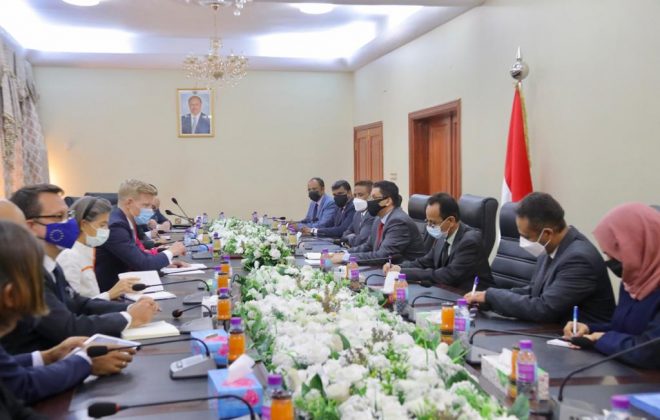 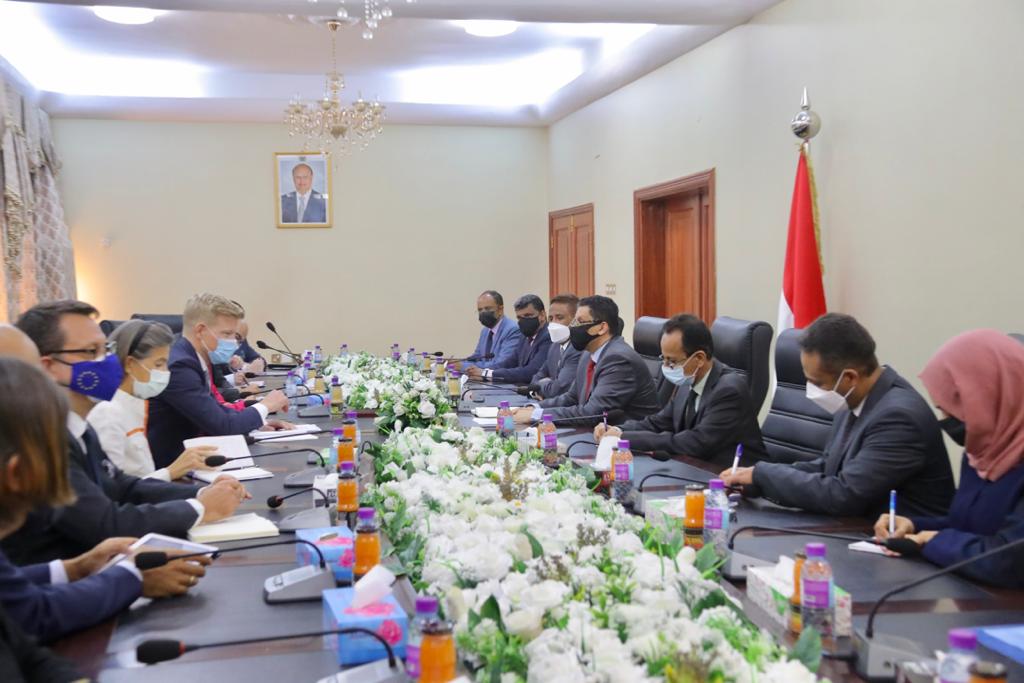 Minister of Foreign Affairs and Expatriates Dr. Ahmed Awadh bin Mubarak held discussions today in the temporary capital Aden with the Head of the EU Mission and Ambassadors of Germany, Belgium, France, the Netherlands, Ireland, Finland, Sweden and Deputy Ambassador of Norway to the Republic of Yemen.

The talks covered a range of significant topics including the efforts to get Riyadh Agreement fully accomplished, the terrorist attack on Aden airport, Safer Oil Tanker problem and the UN-led peace process.

Bin Mubarak welcomed the EU diplomats’ visit to the interim capital Aden, describing it as a very important message showing the European friends’ support to the Yemeni government.

The Minister of Foreign Affairs and Expatriates detailed the European Ambassadors on the government’s ongoing efforts to re-normalize the situations, reinvigorate the state’s instructions and manage economic and humanitarian challenges .
He stated that the government is determined to move forward toward an inclusive national reconciliation and it is going to work with the international community to lay down the necessary foundations to establish a genuine and sustainable peace in Yemen.

The European Ambassadors affirmed their own countries’ keenness to support the Yemeni government and enabling it to achieve peace, re-establish security and stability, reiterating their country’s supportive stance in support of Yemen’s unity, sovereignty and territorial integrity.