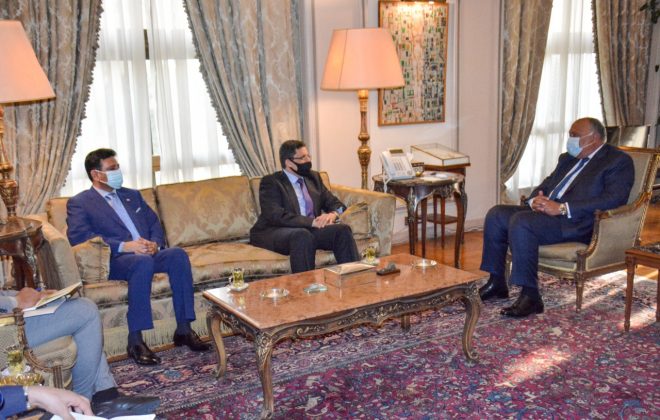 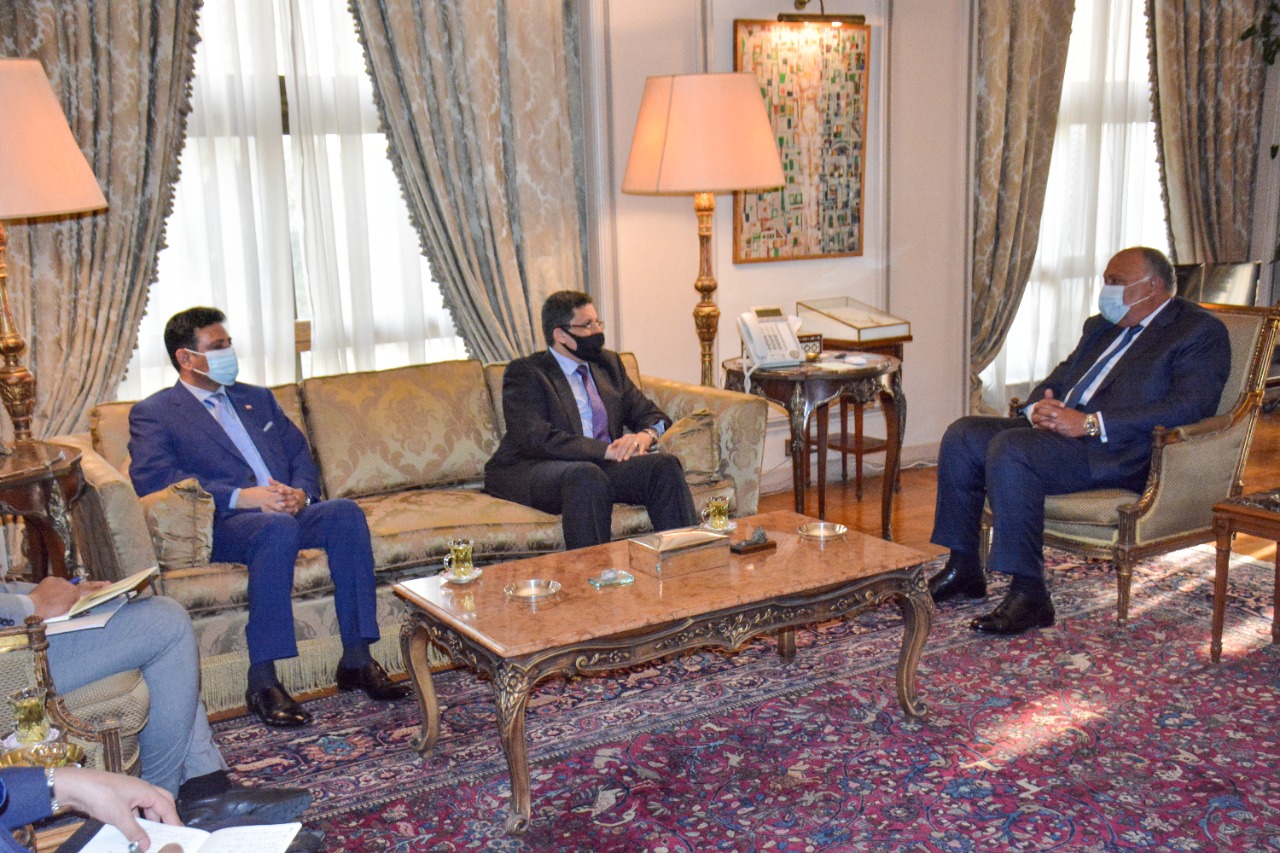 Yemeni-Egyptian bilateral ties and cooperation was key focus of the two ministers.

Bin Mubarak detailed Sameh on the latest developments in the Yemeni national scene including the terrorist attack on Aden airport, the Yemeni government’s efforts to manage economic and humanitarian challenges and bring about the permanent and comprehensive peace based on the three terms of reference backed regionally and internationally.

The conversations touched upon Safer Oil Tanker problem that poses a looming environmental disaster in the Red Sea.

The Egyptian Foreign Minister reiterated his country’s supportive stance in support of Yemen, the legitimate Yemeni leadership and the efforts aiming to eliminate the Houthi militia’s coup and reinstate the official authority.

The Minister of Foreign Affairs and Expatriate arrived today, Sunday, in Cairo to participate in the emergency meeting of Arab League Council at Foreign Ministers level.