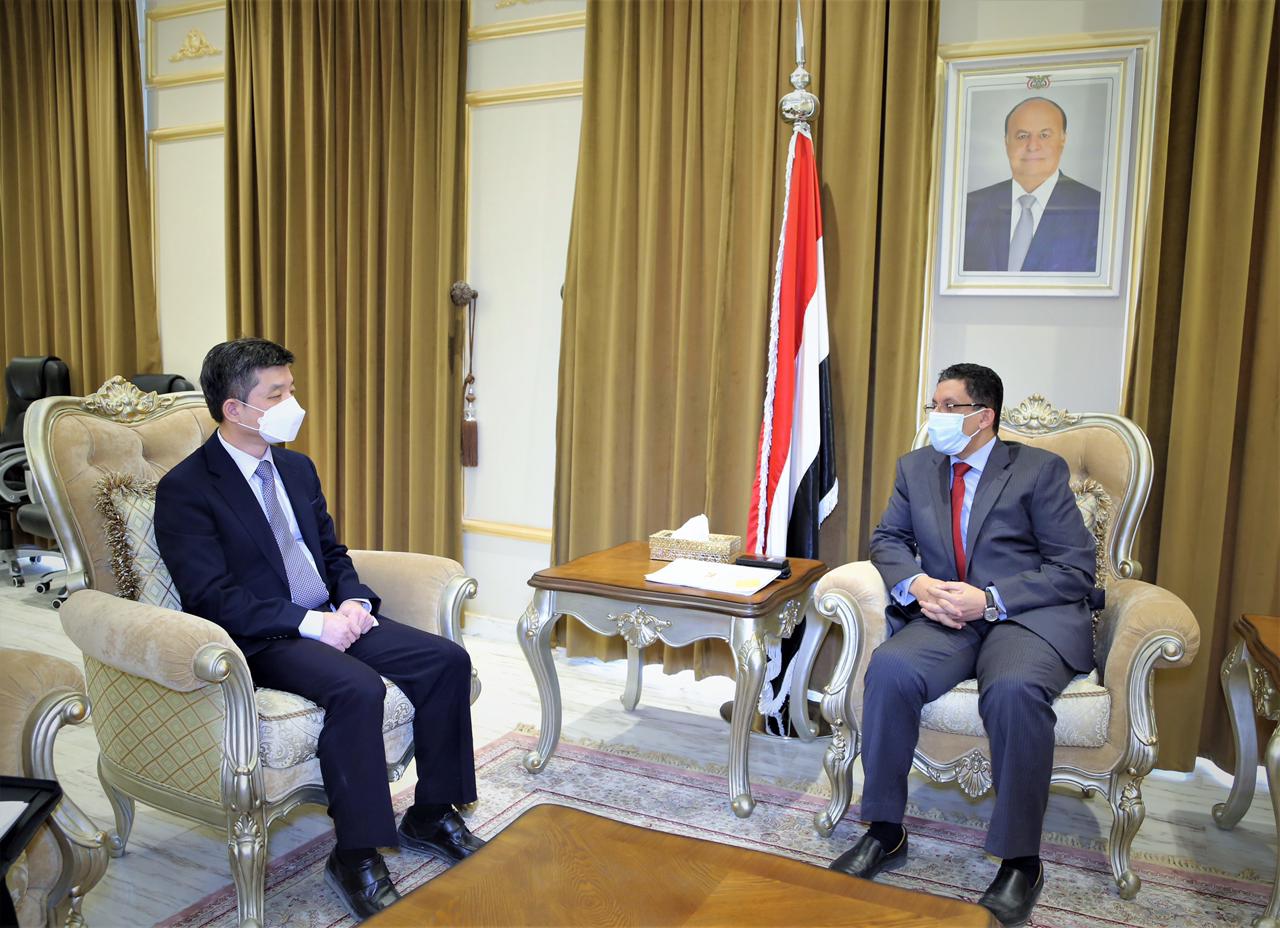 Yemen’s Foreign Minister Ahmed Awad Bin Mubarak discussed with the S. Korean ambassador to Yemen Taeyeol Kwak the Houthi military escalation in Marib, the city of refuge for millions of people from the theocratic militia’s crackdown.

In a meeting today, they focused talks on plight of the IDPs who have lately come under missile strikes by the Iran-backed militia.

Bin Mubarak confirmed that Yemen won’t accept the reproduction of the Hezbollah experience in Lebanon.