MARIB-SABA
The Local Authority of Marib governorate has called on the International Community (IC) to act firmly against the terrorist massacres committed by the terrorist Houthi militia against the civilians and Internally Displaced Persons (IDP) in Marib, the most recent one the ballistic missile attack on the gasoline station yesterday which claimed the lives of 14 civilians among of them 5-year girl and five civilian more critically injured.

The local authority issued a statement today in which it called on the national, regional and international organizations to condemn the terrorist carnage and to move to protect some three millions IDPs in Marib who have been subjected to the Houthi militia’s ballistic missiles and the laden-explosives drones attacks on daily basis for several years. 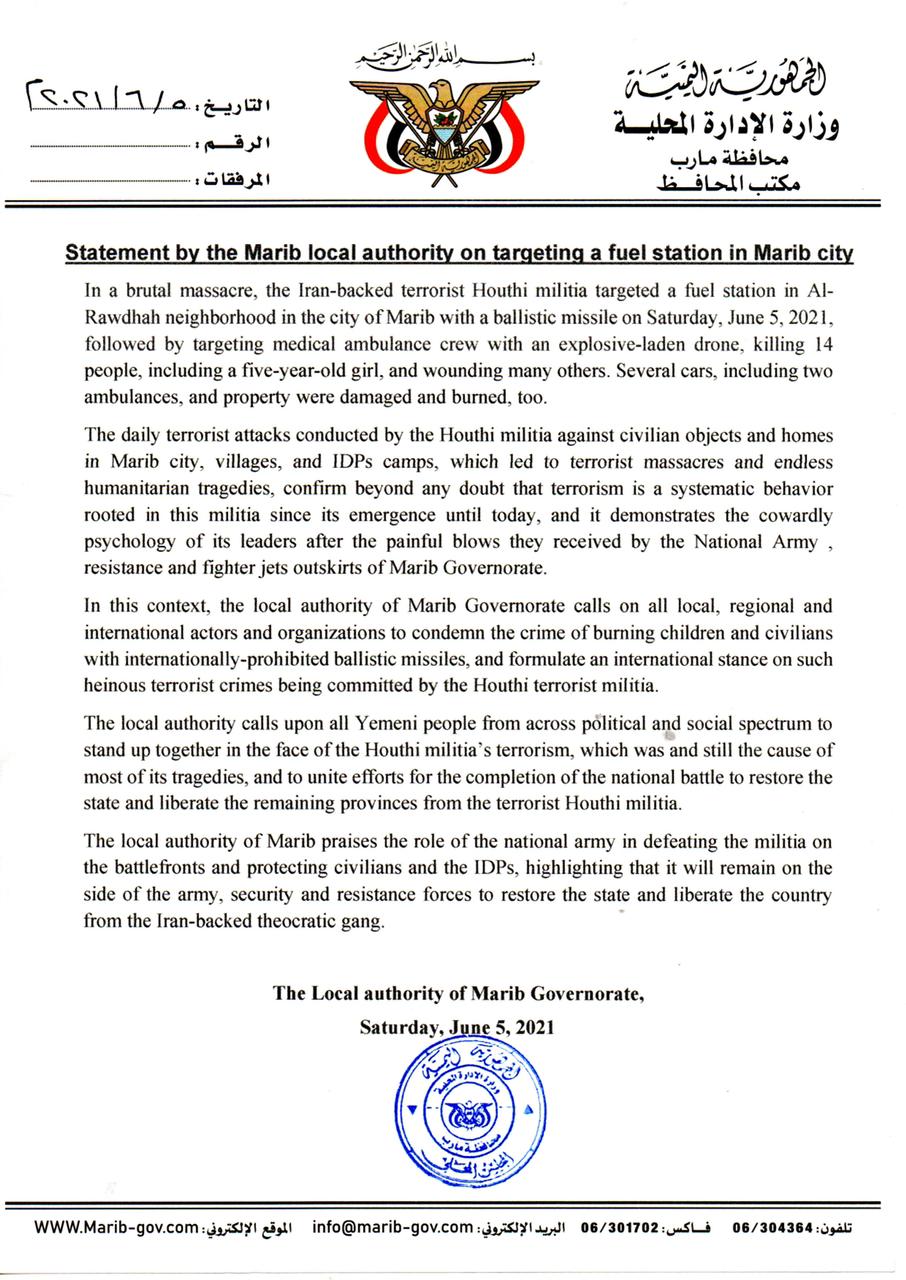