Bin Mubarak, Al-Hajraf discuss cooperation between Yemen and the GCC 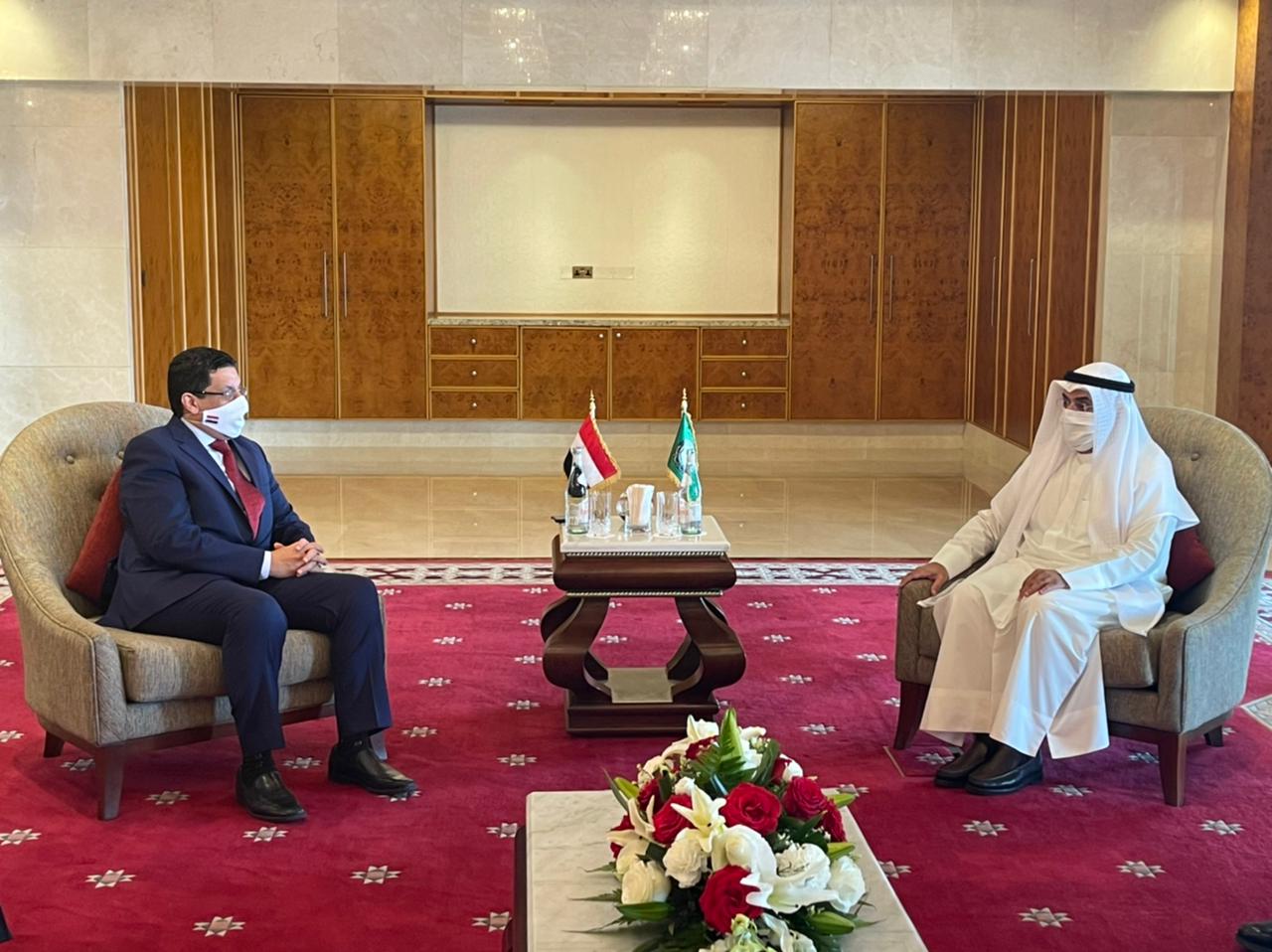 The discussions focused on cooperation relations between the Republic of Yemen and the GCC’s member states in the economic and development spheres.

Bin Mubarak detailed al-Hajraf on the latest political developments in Yemen, mainly the regional and international efforts and proposals intended to put an end of the war and push the peace process.

He held the Houthi militia responsible for prolonging the war, worsening the Yemeni peoples’ suffering and threatening the international marine navigation through spreading marine mines and laden-explosives boats.

For his part, al-Hajraf reaffirmed the GCC’s principled position on the side of Yemen, its legitimate leadership.

He stated that the GCC is supporting the efforts to eliminate Houthis coup, push the political process to achieve a comprehensive and permanent peace.

شارك
السابق FM says it is time to stop guns, ring peace bells
اللاحق FM discusses with the Chief’s Foreign Policy Advisor to the President of the EU latest developments in Yemen