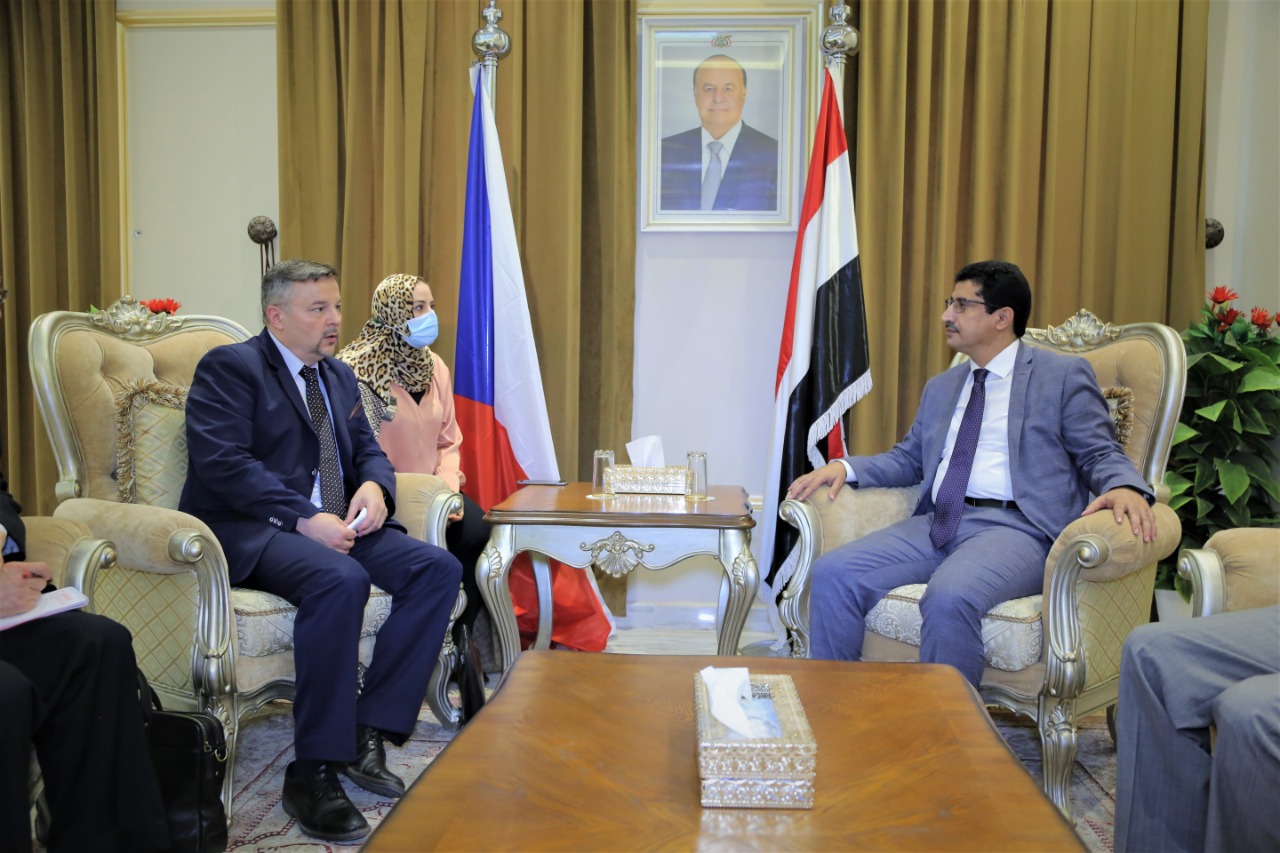 Bilateral relations and cooperation was key focus of the conversations.

Baggash detailed Tapa on the latest developments about the ongoing regional and international efforts aiming to establish
cease-fire and initiate political process to realize sustainable peace.

He also touched upon the difficult humanitarian situations that Houthi militia’s coup has produced, underling the militia’s military operations and attacks on the civilians and IDPs in Marib governorate, most recent one last Saturday criminal assault on the gasoline station, resulted in killing scores including children.

The Czech Deputy Foreign Minister reiterated his country’s supportive position in support of the Yemeni legitimate government and the underway efforts to achieve peace, re-establish security and stability that Yemeni people are looking forward to.