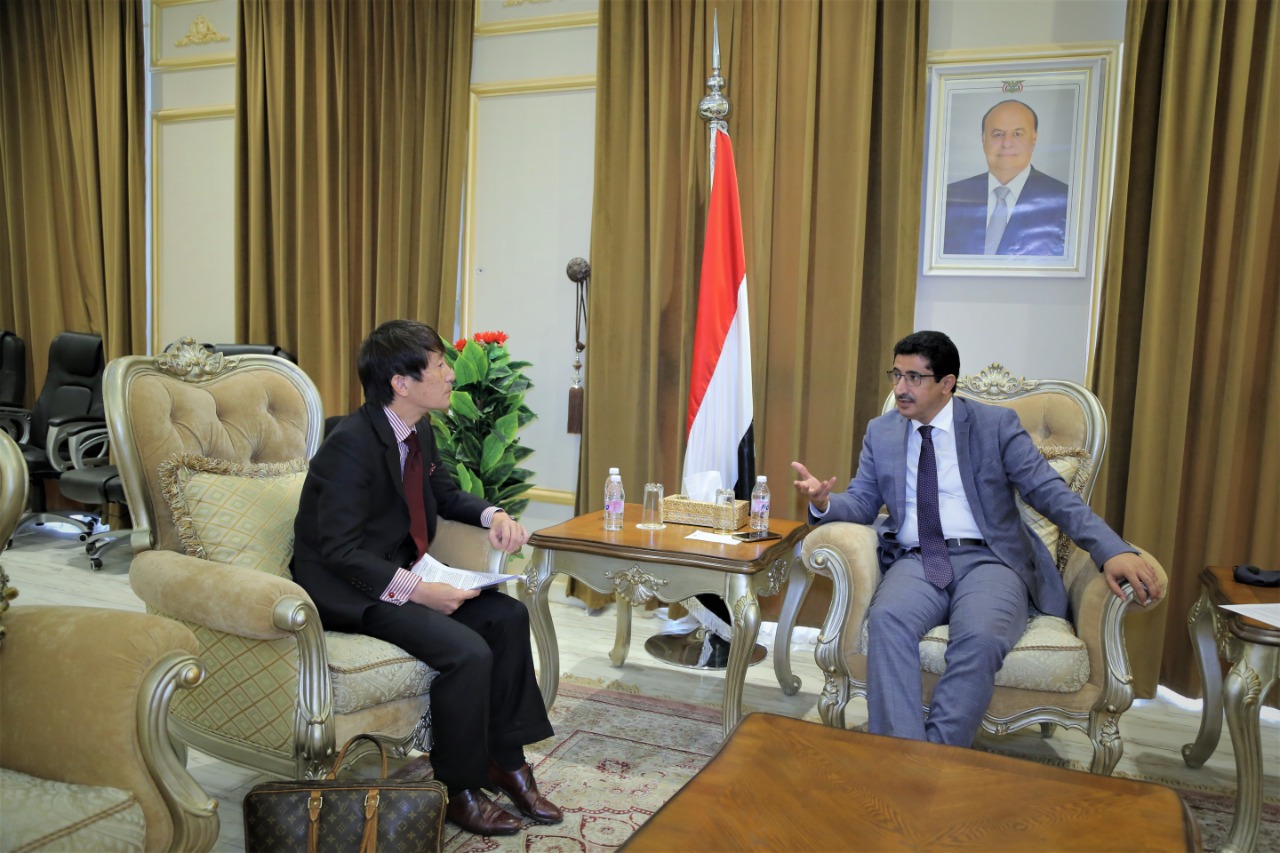 They discussed aspects of bilateral ties and cooperation between the two countries.

The conversations covered the developments in Yemen including Houthi militia’s military operations and ballistic missiles and drones attacks on the civilians and IDPs in Marib governorate.

Baggash cited Houthis’ ballistic missile and drone attack on Marib gasoline station last Saturday as an example of the militia’s terrorist attacks on the civilians.

He also pointed out to Safer oil tanker’s looming environmental disaster due to Houthi militia’s rejection of all attempts aimed to get the problem resolved before it is too late.

The Japanese diplomat reaffirmed his country’s support for Yemen, its legal leadership and the ongoing efforts to achieve peace, re-establish security and stability in Yemen.