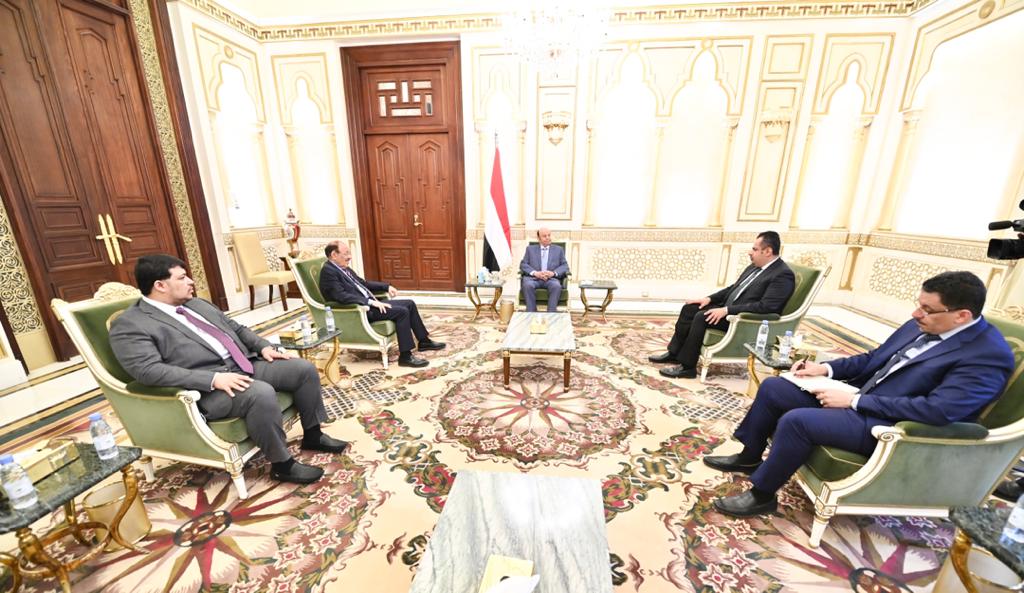 President of the Republic Abd-Rabbu Mansour Hadi emphasized the importance of joining efforts and resources of all government’s institutions and authorities to improve basic services and address the populations’ pressing needs and alleviate their suffering as a result of Iran-backed Houthi militias’ coup and war.

During his meeting today with the Vice President (Lt Gen) Ali Mohsen Saleh and Prime Minister Dr. Ma’een Abdulmalik and Minister of Foreign Affairs Dr. Ahmed Bin Mubarak the President urged doubling down the efforts to manage the challenges the country has been facing and achieve the urgently needed economic recovery in collaboration with the international community.

The Vice President presented a brief report about the military situations in and operations in the flashpoints in Marib and elsewhere.

The Prime Minister reported about the government’s efforts and actions including the ones relating to the implementation of Riyadh Agreement. He pointed out to the ongoing discussions with the officials in the Kingdom of Saudi Arabia to get Riyadh Agreement implement in full.

The Minister of Foreign Affairs and Expatriates provided a presentation about his official state visits to several countries and the ongoing peace efforts.