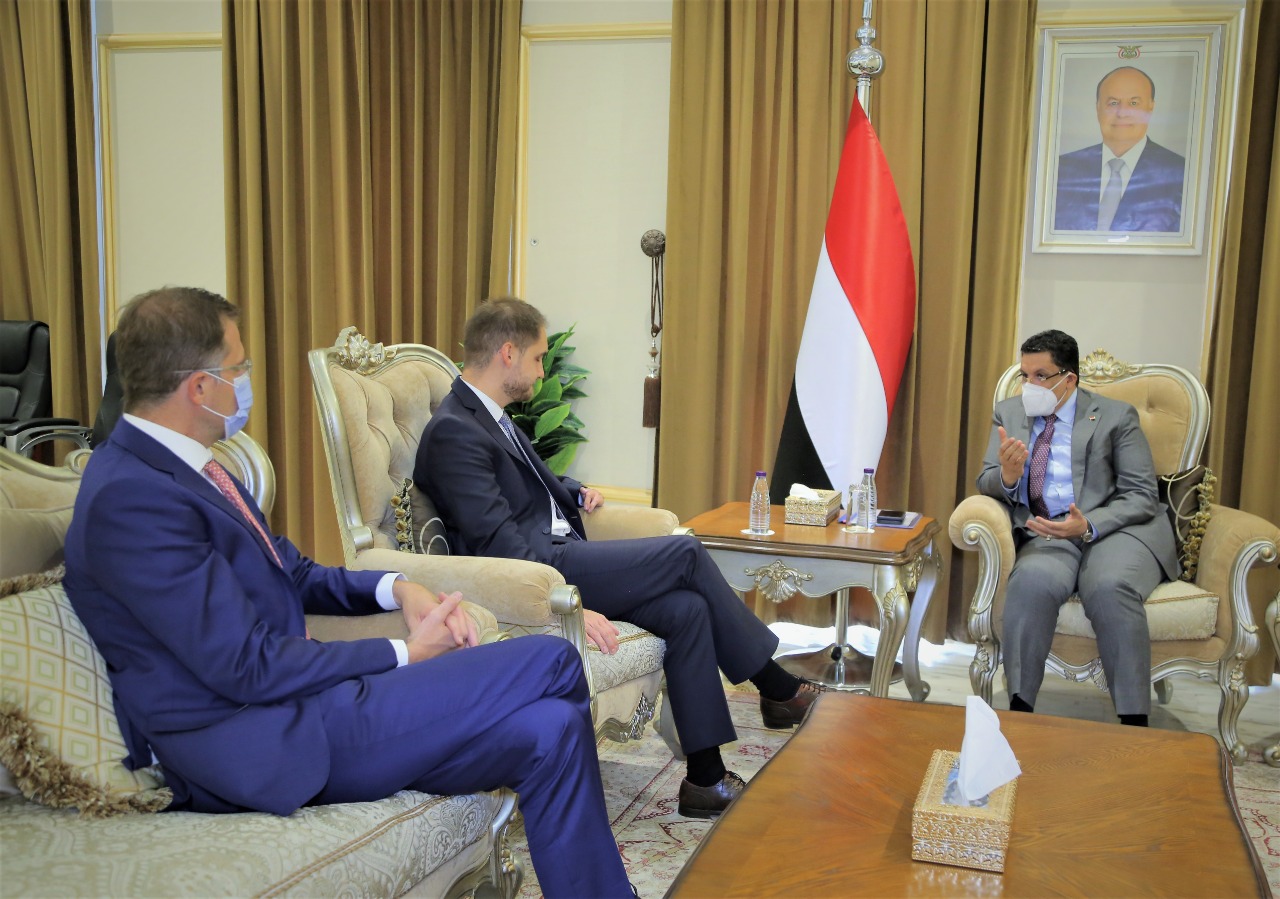 Bin Mubarak held Houthi militia and the Iranian Regime responsibility of hindering peace efforts in Yemen, pointing out to government’s flexibility and concessions for realizing aspirations of Yemeni people for realizing just and inclusive peace on the bases of the three agreed upon references.

He made it clear that regaining a number of areas in Baidha’a during the past two days and the return of land owners to their lands seven years of Houthi militia aggression and rebellion of Jawf people against Houthis indicate that the situation is changing on the ground and the Yemeni people will not allow the militia to destroy the future of Yemen as it does with the present.

For his part, the German diplomat confirmed his country’s support to Yemen’s unity, sovereignty and continuous efforts helping regain order in the country.