Minister of Foreign Affairs and Expatriates Dr. Ahmed Awadh Bin Mubarak said” Houthi militia has continued to discard the peace notion, works on hindering the underway efforts to bring about by escalating unending military operations in several governorates, foremost Mairb which has been housing the largest IDPs community in the country”.

His statement came as he lectured today at the Oslo Institute for Peace Institute (PRIO) under the headline : Future of Peace in Yemen. He provided a detailed presentation about the situations in Yemen and grass-roots of the conflict : Houthi militia’s coup d’état against the legitimate government.

He stated that the Yemeni government is committed to peace option to stop the war, to deal constructively with every regional and international endeavor to halt the war, make comprehensive and sustainable peace. 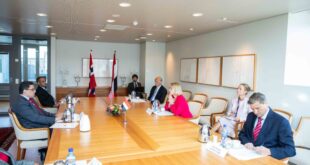 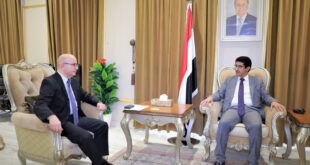