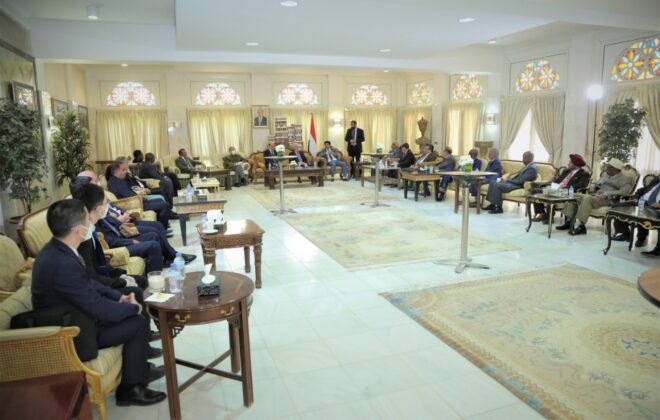 Bajjash expressed Yemen’s appreciation and thanks to efforts of member states in Human Rights Council who supported Yemen in the recent round of the council, which resulted in supporting Yemen’s National Committee to Investigate Alleged Human Rights Violations and rejected extension of another term to the UN’s Group of Eminent Experts, whose reports helped Houthi militia to commit more violations.

He also expressed aspirations of the government of Yemen for continuous cooperation and coordination with member states in the Human Rights Council.

For their part, the ambassadors renewed their countries’ positions supporting Yemen and its legitimacy and support to Yemen’s unity, security and stability.

The also confirmed their countries’ support to efforts exerted for realizing peace in Yemen.