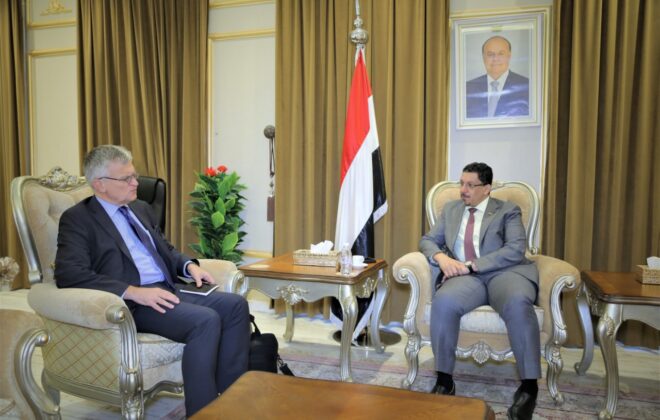 They discussed the political developments in Yemen and the efforts have been made to achieve peace.

Bin Mubarak informed Semnby about grave violations and atrocities that Houthi militiamen have been committing against the Yemen, citing the choking blockade imposed on al-Abidia District in Marib, ongoing aggressive military operations on the besieged villagers with ballistic missiles and heavy weapons, disrupting food, medicines and fuels supplies, preventing evacuation of the injured and sick people.

The Swedish diplomat confirmed his country’s support for Yemen’s unity, security and stability.

He stated that his government will do utmost to contribute to the efforts aiming to get the Yemeni crisis resolved.