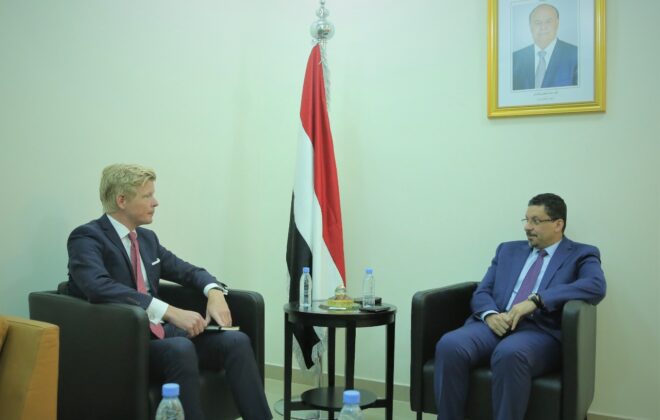 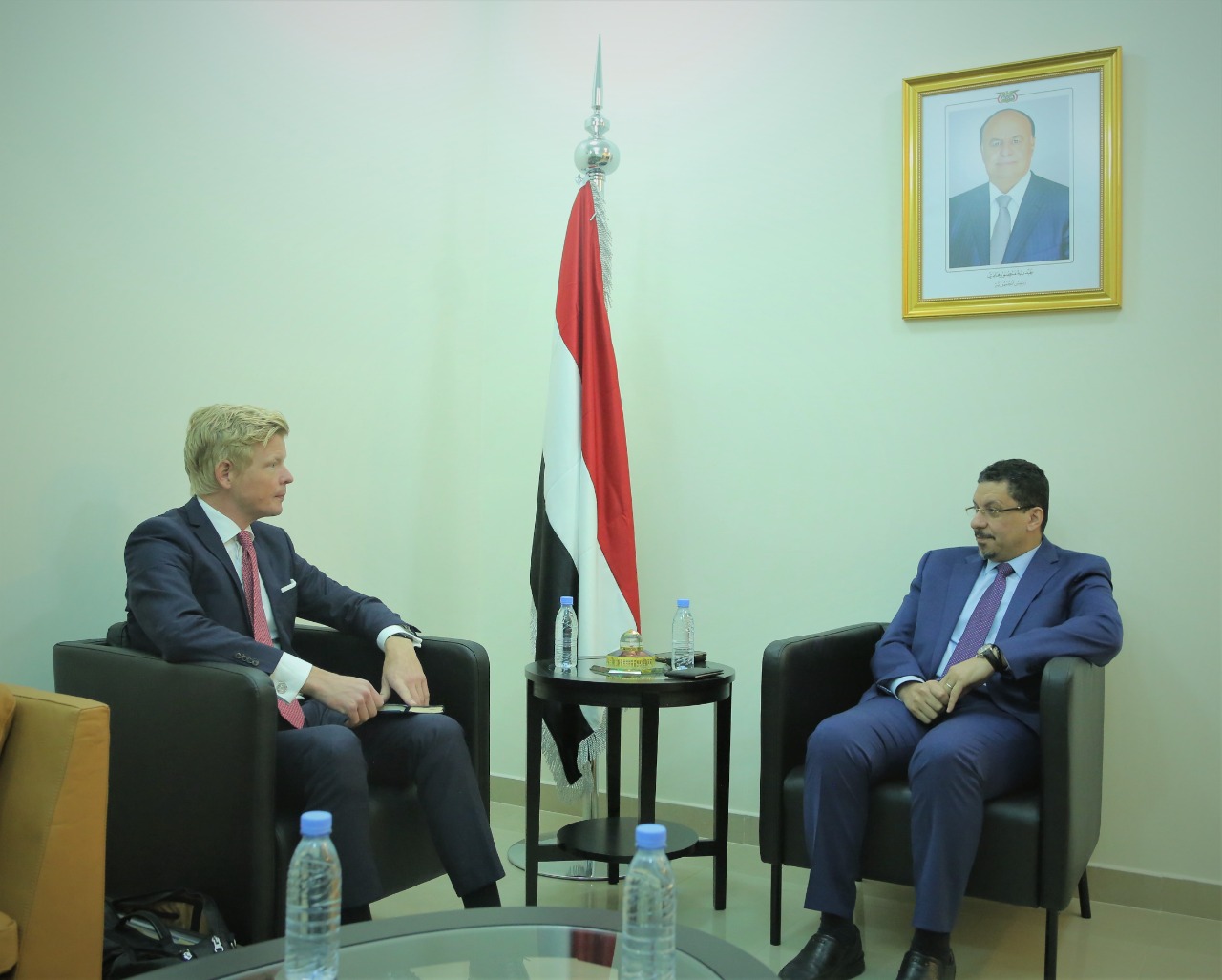 The talks covered topical issues including Houthi militia’s military escalation and its attacks against civil facilities and economic installations in the neighboring countries.

Bin Mubarak touched upon yesterday’s drones attacks against Abu Dhabi airport and the Kingdom of Saudi Arabia by Houthi militiamen, describing the incident as a serious escalation aims to destabilize regional security to serve the Iranian agendas.

He also called for denouncing these terrorist actions and taking firm international action against such dangerous behaviors.
For his part, Mr. Grundber stated that he is continuing his diplomatic efforts to put an end of the war and make peace in Yemen.

He indicated that a negotiated political settlement guided by the UN is the way to achieve a fair and comprehensive peace that Yemeni people are looking forward to. 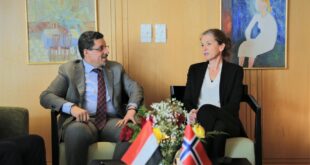 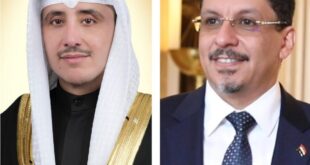