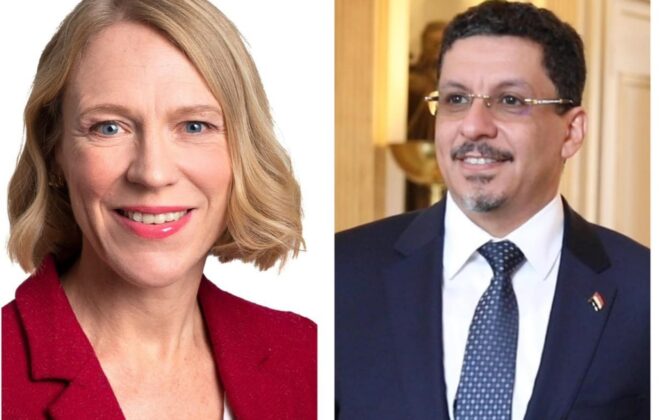 FM confirms intensification of communication with Norway, which chairs the Security Council

Riyadh – Saba
The Minister of Foreign Affairs Dr. Ahmed Awad Bin Mubarak, stressed the importance of intensifying communication between Yemen and Norway, which chairs the UN Security Council, and to discuss all developments in Yemen at all levels, in a way that contributes to taking appropriate positions in dealing with the Yemeni file.

This came during a virtual meeting with the Minister of Foreign Affairs of the Kingdom of Norway.

Bin Mubarak drew attention to the recent field developments and the continuous military escalation by the Houthi militia and its deliberate waste of many favorable opportunities to advance the political process and its rejection of international and regional peace initiatives, as it showed arrogance and intransigence in rejecting the ceasefire and continued its military aggression against the Yemeni people.

The meeting touched on the efforts made to address the issue of the Safer oil tanker and the importance of continuing those efforts to spare Yemen and the region the risk of a potential environmental disaster due to the Houthi militia’s continued refusal to cooperate constructively with the United Nations to neutralize the danger of the tanker.