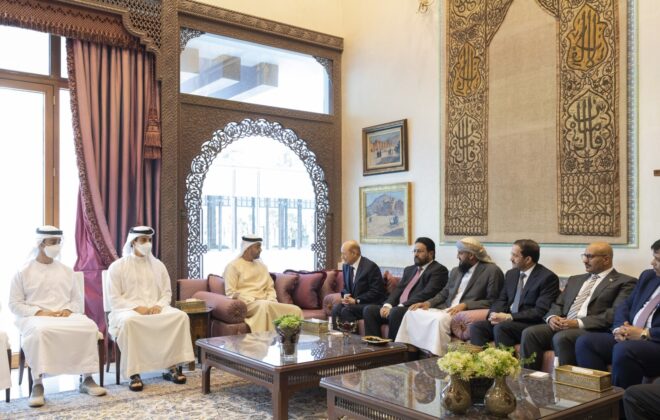 The discussions covered a range of topics relating to the Yemeni-Emirati bilateral cooperation and regional and international issues of common interest.

The Head of the PLC praised the Emirati supportive stances in support of Yemen and the Yemeni people at this critical stage, deeply appreciating the Emirati effective role with the Saudi-led Arab Coalition in supporting the legitimacy in Yemen and the UAE’s substantial contribution to the efforts to achieve the economic stability.

He stated that the process of re-building the state’s institutions in Yemen and realizing the economic stability requires cooperation and support by all sisterly and friendly countries.

He said” the UAE will save no effort to provide Yemen with any possible support at different levels”.