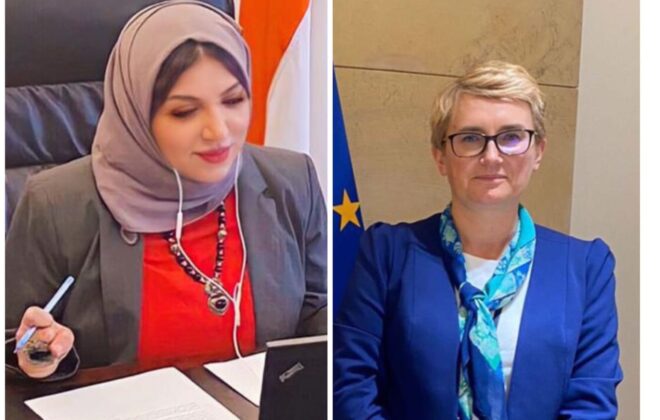 WARSAW-SABA
Ambassador of Republic of Yemen to Warsaw, Poland, Dr. Merfat Mujalli spoke today on phone with the Head of Middle East Department in the Polish Foreign Ministry Patricia Ozgan over bilateral relations between the two countries.

The telephone conversations covered the latest developments in Yemen.

Mujalli informed Patricia about the economic hardships Yemen has been struggling with due to Houthi militia’s coup that produced the world’s worst humanitarian crisis.

She also touched upon the negative impacts of the Russian-Ukrainian upon Yemen’s imports of wheat as approximately 61.1% of Yemen’s wheat supplies came from the two countries.

The Ambassador explored Poland’s support for Yemen with wheat as there some 23 million of the Yemeni people need humanitarian aids.

The Polish official stated that her government will consider the Ambassador’s request for support to Yemen.