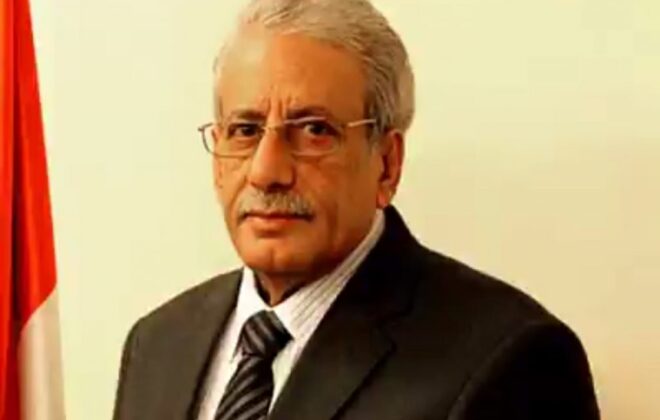 BERLIN-SABA
Ambassador of Yemen to Germany Yahya al-Shuabibi discussed Thursday with Director of Middle East and North Africa Department at German foreign ministry Gregory Baldgian latest developments in Yemen and formation of the Presidential Leadership Council which represent different components in Yemen and aims at reaching peace in the country.

Ambassador al-Shuaibi touched upon situation of UN truce in Yemen and keenness of the government to abide by it amid Houthi militia’s breaches, stressing that the truce represents a chance for peace preconditioning that Houthi militia should abide by it seriously.

For his part, the German diplomat renewed his country welcome of forming the Presidential Leadership Council and confirmed Germany’s call to Yemeni parties to abide by the truce and support of the UN envoy for realizing it.

He also confirmed Germany’s keenness for reaching peace in Yemen.

السابق Amb. Mujalli explores Poland’s support for Yemen
اللاحق Chairman of the Presidential Leadership Council arrives in the UAE on an official visit