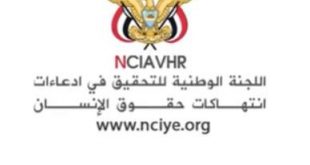 The violations included opening fire on locations of the national army across warfronts by different types of weapons, doubling mobilization of human and military reinforcements and moving equipment.

The center reported that the militia committed three other violations in Dhale’ and Abyan by targeting the national army in Laoder warfront.

The center reported a statement to a military source that the Houthi militia is trying to exploit the UN truce to reorganize its field positions and regroup amid commitment of the national army to the truce, pointing out to negligence of the UN envoy for Yemen to Houthi militia’s violations since the announcement of the truce.

Ottawa – Saba The Ambassador of Yemen to Canada Jamal Al-Sallal, discussed with Member of …