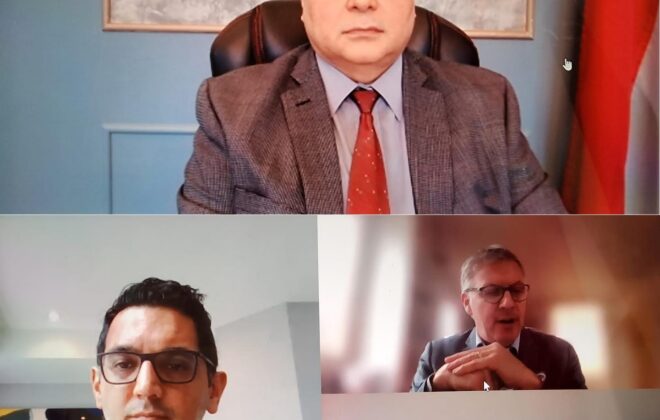 Ottawa – Saba
The Ambassador of Yemen in Ottawa Jamal Al-Sallal discussed with the Head of the General Department for the Middle East and the Head of the Peninsula and Gulf States Department at the Canadian foreign ministry the relations between the two countries and ways to strengthen and develop them, in addition to informing them of the latest developments in the Yemeni arena.

For their part, the two Canadian officials welcomed the formation of the Presidential Leadership Council and considered it an important positive development, reiterating Canada’s support for the efforts of the United Nations Special Envoy to Yemen.